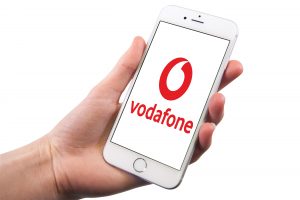 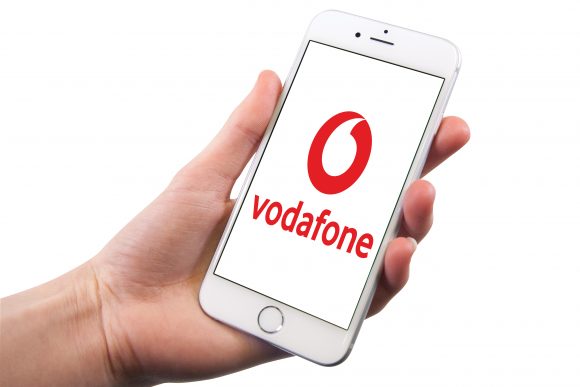 James Baggott: The appalling customer service that meant Vodafone’s number was up

I IMAGINE that working in the car trade must sometimes feel like the whole world is against you.

Moaning customers, problem cars, difficult suppliers – I bet that it can all get a bit too much. Unfairly, the car industry gets a bad press when it comes to looking after customers, especially when other industries are so, so much worse.

Take this little tale as an example of just how shocking other industries can be – more accurately, the telecommunications world – and take solace in the fact that whatever you’re dealing with, it could be far more painful. A few days ago, the conversation in the office turned to our mobile phone contracts and how expensive they’d become. That surprised me, because I’d signed up to a SIM-only deal for mine at just £25 a month with Vodafone. When my accounts team told me I was paying £63 a month I was confused, so made the mistake of entering the wormhole that is Vodafone’s shocking excuse for customer services.

The first call, to a lady called Geraldine, was cordial enough. She investigated and found I’d been on a ‘special’ rate for a year that had then lapsed and reverted to a ‘standard’ deal that was more than twice the cost of what I thought I’d agreed to.

Now that’s not exactly fair, is it? I had no recollection of signing a contract – something you rarely do when taking out a phone deal – and I don’t remember being read any terms and conditions to that effect.

To make matters worse, I’d been paying this inflated price for 15 months – that’s long enough to have paid for a shiny new Who Are They phone if I’d lost my senses and chosen one of those Chinese spying machines. But that’s not the point. Every year I’ve been with Vodafone I’ve always received a call from my ‘prime contact’ (oh, I do feel special) who would inform me of the latest and greatest deals. As I usually buy my phones outright after an Apple fanfare, I always go for a SIM-only deal with the most data I can pack in.

It seemed strange that 15 months ago I never got that call. At this point you’re probably wondering how I didn’t notice the jump in cost. Well, that was partly due to the fact I never looked, assuming incorrectly I was still on the same deal as before, and partly because the payments came out of our business account.

Geraldine kindly informed me I’d overpaid by £357 on my line rental. Now, in the car world, dealers have a duty to treat customers fairly. Let’s say you set up a customer on a £99-per-month PCP deal which in the terms and conditions said that after a year, if you hadn’t heard from them, you’d charge them £249 a month instead. Would that be seen as ‘fair’? Absolutely not. So why, then, can the telecommunications industry get away with it?

I gave up on ‘Geraldine’ at this point, because she was about as useless as sun cream at night, so I got put through to senior manager ‘James’. He was apologetic, looked into it and offered to refund me – here we go, I thought, I’m in – until he said the figure: ‘I can offer you £40.’

I laughed. Asked him to repeat himself. He did and really was offering me £40. I thanked James for his offer, stopped short of telling him to shove it up his arse, and asked him to go back to his banker. Later that evening, I was called back by ‘Marbs’ – a person, not the place – who came in punching. His tone was argumentative and had the customer service skills of a nuclear missile.

He said Vodafone ‘didn’t have to tell me when my deal was up’ and offered to double the previous offer as a full and final settlement. I told him if £80 was all he was offering I’d take the case to Ofcom – and with that, the call ended. While I decided on my next steps I checked my phone an hour later to find it had no reception. A friend called the number and nothing – it had been cut off; disconnected completely! Let’s be clear, I’d never asked for that to happen at any point.

Cue another hour and a half on the phone, this time to Ahmed. He had no record of my number ever existing, my personal details had been changed so I couldn’t get through security and my secret question had been deleted. Turns out ‘Marbs’ was a vindictive Vodafone crony and had deleted me, account and all.

Eventually, I made some progress with Ahmed, who found a record of my call and put in a reconnection request, something that could take up to 48 hours. I was fuming. I decided enough was enough and emailed the chief executive. That triggered a call from the ‘director’s office’ the next day who investigated, blamed the disconnection on a ‘rogue agent’ and offered to refund the money I’d overpaid and a derisory £25 compensation.

Quite why he was shocked when I asked for my PAC at the end of the call to move to another provider is beyond me. No one would trust a firm after being treated like that. I was off – a long-time customer burnt and a story that I’ll pass on to anyone who listens, starting with you.

So, next time you’re fixing a 10-year-old car for a customer because you don’t want a bad reputation, or have to deal with the 13th phone call from Mr Moaning of Angryville, just remember it could be worse – you could be working in a Vodafone call centre.

James Baggott is the founder of Car Dealer Magazine and chief executive officer of parent company the Baize Group, an automotive services provider. He now spends most of his time on Twitter @CarDealerEd and annoying the rest of us.