Home > Baggott > James Baggott: The toilet sign that said common sense had gone down the pan 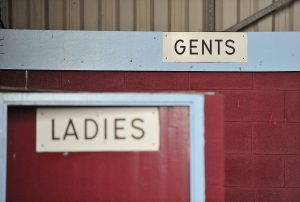 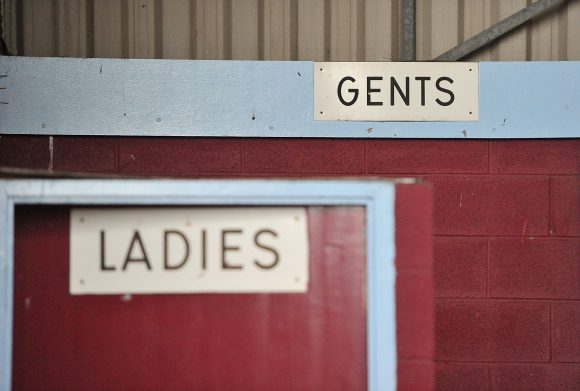 James Baggott: The toilet sign that said common sense had gone down the pan

IT WAS a simple sign. One that had good meaning, one that meant well. However, it was also one that had obviously been born out of necessity, probably after many months of deeply disturbing scenes.

Scenes that I’m sure don’t bear thinking about too much. Unfortunately, that’s exactly what I did.

Before I go into detail, I must firstly apologise in advance, because I’ve over-thought this far too much – but there’s a reason for telling you the tale which, like all average-to-good columnists should, will be saved for later.

I’ve been out and about visiting lots of car dealers recently chatting about many different things – from our grand plans for CDX in Manchester and how dealers can get involved, to the fast-approaching Used Car Awards and the impending deadline for entries. Nothing unusual about all of that, I’m sure you’ll agree.

I saw some interesting things driving around these dealerships – and some strange things too – while some just made me wonder how any boss in their right mind could think to themselves: ‘Yes, what we’ve done there is a good idea.’ Let me present to you exhibit A of such a phenomenon.

It had been a long drive to this dealership and one that had been lubricated by plenty of Starbucks coffee. Unfortunately, comfort-break locations had been hard to find. It was one of those journeys punctuated with A roads with varying degrees of dual carriageway, the sort that only has greasy burger vans and overflowing bins frequenting lay-bys, not proper services or convenient WCs. So, by the time I got there, I was bursting.

When I arrived at the never-to-be-named dealership I hunted down the ‘facilities’ like a North Korean intercontinental missile and breathed a huge sigh of relief when, there in the corner of the showroom, surrounded by sales desks and cars, was a multi-sex convenience.

On the wall inside was the sign that led to more questions than it did answers.

‘Please do not put any nappies or sanitary products down this toilet,’ it shouted in capped-up Comic Sans (naturally) white text on a yellow background.

Not an unusual request (unlike the font and colour combination), but one that did make me think. Quite what sort of parent thinks a nappy will fit around the U-bend of a toilet? Apparently, there must have been some out there that have tried to punch a Pampers down the pan for this to have been typed up and stuck to the wall in shouty white text.

But the sign went on: ‘Our toilet system is very sensitive.’

Ah, bless the poor toilet system. It must be fed up of everyone taking the mickey out of it for not being able to cope with those handfuls of Huggies. Quite how the dealership staff spotted its sensitivity is unknown. Perhaps it was the gently sobbing cistern? Who knows?

But it was the last sentence of the yellowing sign that really raised my eyebrows.

An alarm. An actual shrieking alarm. A This Toilet Is Blocked alarm. A The Person Currently In The Toilet Has Blocked It Right Up alarm.

Can you imagine the actual horror of that going off? The look of devastation that would befall your face as the realisation that the noise you’re currently hearing is not a Tuesday morning fire drill in the dealership but is in fact the ‘you’ve gone and bunged it right up’ toilet alert.

The questions kept on coming. Who would come to investigate? What if the customer hadn’t pushed a nappy down the loo and had in fact had other issues? How does the alarm work? Is there really an alarm? Who fits these alarms?

Just how bad must the problem have been in this dealership for the boss to think: ‘You know what we need to fix this? An alarm!’ At what point in that manager’s thought process did a toilet bunged up alarm become a good idea? I mean, just how hard did the proverbial hit the fan for this to move up the to-do list to budget, sign off and installation?

You’re probably wondering why I’m telling you this story, and so I’ll get to the point. Often, things in business get our backs up to the point where we think something really must be done. For business owners they become an obsession, a thing we think is a necessity, but because we’re blinded by the problem we fail to see the repercussions.

The sign meant well, but that’s all that was really needed – a sign – not an alarm with the potential to humiliate Mrs Miggins who’d popped in to buy a Vauxhall Corsa and gone home with a phobia of shared customer facilities. Yes, you might get the odd Pampers plugging your pan, but surely that’s better than the potential fall-out of Mrs Miggins’ horror story at bridge club? Oh, and one more thing while I’m at it: Never, ever, ever use Comic Sans for anything. Ever.

Normal service will be resumed next month. Probably.

MORE: Manchester will make a great new home for CDX – and we can’t wait to go there!

MORE: Technology’s fine, but I don’t want my car to crash while I snooze