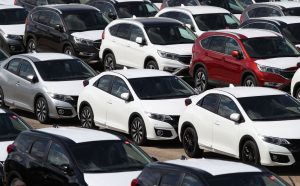 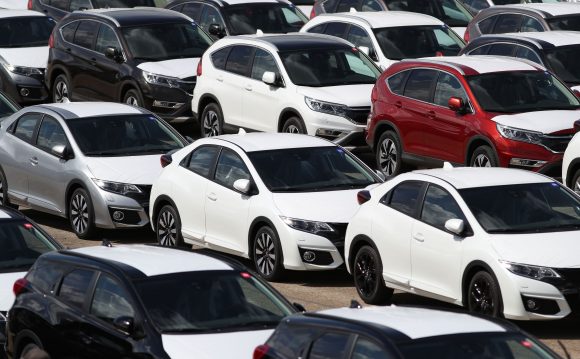 June new car figures likely to be down 35 per cent

New car registrations for June are likely to be down -35 per cent when they are published officially this morning by the SMMT.

A number of motor industry sources told Car Dealer Magazine last week that the figures they had seen suggest that fall is likely. Retail demand was said to be strong, but still down, while fleet was down considerably.

The SMMT publishes the official figures at 9am today for the month and they’ll be reported on this website soon afterwards.

More than £100m is to be invested in traineeships for young people in response to the coronavirus crisis, the government has said.

Businesses offering new traineeships in England will receive a £1,000 bonus per trainee under the £111m scheme.

Chancellor Rishi Sunak will announce the move for 18-24 year olds on Wednesday as he unveils an economic strategy to deal with the aftermath of the Covid-19 pandemic.

More than 24,000 jobs have already been lost at high street retailers in administration in the first half of 2020 after the lockdown sparked the collapse of a raft of well-known brands.

New figures from the Centre for Retail Research (CRR) have revealed that 24,348 jobs have already been lost across insolvent UK retailers, with experts from the organisation warning this is just the tip of the iceberg.

It also revealed that 31,628 jobs are still at risk of being permanently axed at retailers, with many still expected to permanently close some stores.

The Government’s immediate focus must be ‘jobs, jobs jobs’ but debt must also be falling by 2024, former advisers to five Tory prime ministers and chancellors have warned.

Economic advisers to George Osborne, David Cameron, Theresa May, Philip Hammond and Sajid Javid have set out a plan for the UK’s recovery from coronavirus which includes a national debt restructuring agency and an unprecedented skills and jobs package.

Chancellor Rishi Sunak must be prepared to focus his full efforts on jobs as the extraordinary nature of the pandemic demands an urgent response, the former No 10 and Treasury advisers write in a report for think tank Onward published today. They call for £30bn to be invested in struggling firms.

The government has announced a £1.57bn support package to protect the future of Britain’s museums, galleries and theatres.

Independent cinemas, heritage sites and music venues are also eligible for the emergency grants and loans.

The government said: ‘Repayable finance (for the loans) will be issued on generous terms tailored for cultural institutions to ensure they are affordable.’

The service has been launched by Spendology in response to concerns about contaminated money and sees customers given sterile banknotes bundled into small denominations.

They are also supplied with so-called quarantine envelopes to store change when it is unavoidable.

Facebook and Google lack effective controls to prevent fraudsters from posting scam adverts, according to a Which? investigation.

It is possible for bogus adverts to appear within a matter of hours, the consumer group has warned, after carrying out a test of its own.

In its test, the adverts were approved in under an hour for both dummy businesses, gaining almost 100,000 impressions over the space of a month.

The National Security Council will look at the conditions of Chinese tech giant Huawei being involved in the UK’s 5G rollout, a cabinet minister has confirmed.

Health secretary Matt Hancock said the National Security Council will ‘look at those conditions and make the right decision’, after it was reported that the UK is poised to end the use of Huawei technology in its 5G network as soon as this year amid security concerns.

Hancock did not deny that the government is set to do a U-turn on Huawei’s involvement. His comments came as newspapers suggested that Boris Johnson is set to strike a major policy change after GCHQ is believed to have reassessed the risks posed by the Chinese tech company.

Renters could be on brink of losing home

Around a quarter of a million private renters in England could be at risk of losing their homes when a ban on evictions ends next month, according to estimates from Shelter.

A survey for the charity found 227,000 of adults in the private rented sector have fallen into arrears since the start of the coronavirus pandemic.

Shelter is concerned they could lose their homes when the evictions ban ends on August 23. People who accrue rent arrears of eight weeks or more can be automatically evicted.

Wind to ease as weather improves

The BBC says it will be cool and breezy across most places today with scattered showers, most likely over northern and eastern areas.

It is likely to be drier towards the south and west with the lengthiest sunny spells.

Tomorrow will start off dry, but quite cloudy for most. Then rain will spread in from the west during the morning and this will continue to drift south-eastwards through the day and overnight.