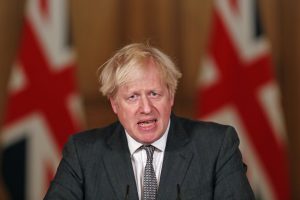 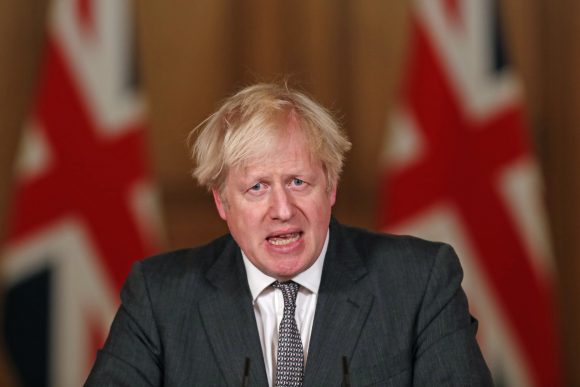 Boris Johnson set a new ‘terminus date’ of July 19 for the end of England’s coronavirus restrictions after being warned that easing restrictions as planned could lead to thousands of deaths.

The Prime Minister ordered a delay of up to a month to the final phase of his road map to end the lockdown due to concerns over the rapidly spreading Delta variant first identified in India.

The news was described as a ‘devastating blow’ for the night-time industry, while hospitality businesses will also see trading impacted by continued social distancing.

Business leaders have called on the Treasury to extend financial support measures as they warn that stalling the lifting of lockdown restrictions will be a ‘blow’ for Covid-hit firms.

The Prime Minister last night told the nation that the road map easing earmarked for June 21 in England will be delayed for four weeks to July 19.

It means that pubs, restaurants, cinemas and many other venues will continue to face limits on numbers and distancing restrictions, while nightclubs will remain shut.

The proportion of people working from home at some point increased by 10 per cent in 2020, new figures show.

Last year around 37 per cent of workers spent some time in their own homes during office hours, compared with 27 per cent in 2019, according to the Office for National Statistics.

Although employees are now beginning to return to offices – the number working solely from home has dropped from 37 per cent to 26 per cent since mid-February – the data suggests that some of the change might be permanent.

Covid-19 vaccines are ‘highly effective’ in preventing hospital admission with the Delta variant of coronavirus, according to new data from Public Health England (PHE).

The majority of school leaders in England want a rebate of at least 75 per cent on exam fees following the cancellation of this summer’s GCSE and A-level exams, a survey suggests.

Nearly two in three (65 per cent) heads say exam boards should apply a rebate of 75 per cent or more to exam fees for qualifications this summer, according to the poll by the Association of School and College Leaders (ASCL).

Geoff Barton, general secretary of the ASCL, said it seems ‘reasonable’ that schools should receive a rebate that is ‘commensurate’ with the task of carrying out ‘an entire assessment process from scratch’.

Growing numbers of people expect house prices to increase in the next 12 months, according to an index.

Half (50 per cent) of those surveyed in early June predict house prices will climb higher in the next 12 months, the Building Societies Association (BSA) found.

This compares with a quarter (25 per cent) of people who said this when the question was asked in December.

2021 due to bring second summer of UK-based holidays

More than four-in-10 drivers have already committed to taking their holiday in the UK this summer, according to new research.

That figure could also climb even higher if coronavirus restrictions prevent others from holidaying abroad, according to the RAC, which surveyed 2,100 drivers to find out what their holiday plans were.

While 13 per cent said they hoped to head abroad this summer, close to half thought that they would try to take a holiday within the UK if coronavirus restrictions made overseas holidays impossible.

Edinburgh could be set to implement a low-emissions zone (LEZ) from 2022 with a two-year grace period if plans receive approval on June 17.

Following on from similar schemes in Bath, Birmingham, London and Oxford, the scheme would prevent all non-Euro 6 diesel vehicles from entering the city centre from spring next year. Petrol vehicles that don’t meet Euro 4 emission standards would be banned, too.

First proposed for consultation in 2019, the LEZ has now been recommended for approval. If approved, a 12-week public consultation will take place to find out views on the scheme. This would then inform a report issued in the autumn before the process of implementing the LEZ would take place.

Nissan has kickstarted production of its new Qashqai at its Sunderland facility.

The Qashqai has represented one in five of all cars built in the UK since it was introduced 14 years ago and, as a way of celebrating the arrival of the new model, Nissan is offering every schoolchild in the north east of England the opportunity to take part in its Skills Foundation event.

It’s the company’s programme of activities which is designed to inspire the next generation to think about a career in manufacturing and engineering.

Jaguar Land Rover is in the process of developing a hydrogen fuel cell prototype based on the new Land Rover Defender.

The new vehicle – which is set to enter its testing phase this year – is part of Jaguar Land Rover’s plans to achieve zero tailpipe emissions by 2036 and net-zero carbon emissions across its entire supply chain, products and operations by 2039.

It comes under the umbrella of JLR’s advanced engineering project – known as Project Zeus – which will allow engineers to properly develop and test hydrogen powertrains so that they can meet customer demands.

London markets close up amid mixed results in Europe

London’s markets closed in the green yesterday but the German Dax suffered a slump.

Warm weather to be replaced with rain in some areas

Today, most of the UK will remain dry and warm with plenty of sunshine. However, north-western areas will see a band of cloud arrive, along with spells of heavy rain during the afternoon, says the BBC.

This evening, the band of rain will slowly move further inland and is expected to turn patchier by the end of the night. Further south and east, it is expected to be a dry night under clear skies.

Tomorrow will be a cloudy day for the north and west with a chance of some light rain or drizzle. Elsewhere, it should remain fine with plenty of sunshine. A chance of thunderstorms in the southeast.