Here’s your business, motoring and news round-up for Wednesday, June 17

Home Office has no idea how many people illegally in UK

The UK has not had an up-to-date estimate of the size of the illegal population in the country since 2005, a new report has found.

The National Audit Office says the last estimate, made in 2005, suggested there were around 430,000 people in the country with no right to remain here, but now puts the figure at more than one million.

Its report into the Home Office’s immigration enforcement directorate said the department has instead estimated between 240,000 and 320,000 cases per year. But, with no baseline given, the report says there is no way to show whether demand for enforcement activity is going up or down.

Apple’s App Store and its Apple Pay platform are under an anti-trust investigation from the EU Commission over concerns they stifle competition.

The Commission has concerns that ‘Apple’s terms, conditions, and other measures related to the integration of Apple Pay’ may ‘distort competition and reduce choice and innovation’.

A second investigation has also been launched by the EU Commission into concerns that the Apple’s App Store restricts developers from informing iPhone and iPad users of alternative purchasing possibilities, instead pushing ‘mandatory use of Apple’s own proprietary in-app purchase system’. Apple said it welcomed the investigations.

Families on Universal Credit forced into debt in lockdown

The government is under pressure to give families a financial lifeline receiving Universal Credit as new research suggested around two thirds have been forced into debt during the coronavirus lockdown.

The Joseph Rowntree Foundation and Save the Children surveyed 3,105 parents of children under 18 claiming either Universal Credit or Child Tax Credit during late May and early June. 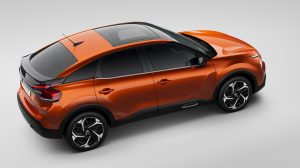 Citroen has revealed the first pictures of the new C4 and all-electric e-C4.

The C4 replaces the Cactus and adopts a new coupe-SUV-hatchback look and will come with petrol and Diesel engines, while the e-C4 will be all-electric with a range of around 200 miles.

Citroen will reveal more details later this month but early predictions suggest pricing could kick off a little higher than the £22,000 already charged for the entry-level Cactus, while the e-C4 should start from around £30,000.

Government should invest in firms

A new report is calling the chancellor Rishi Sunak to spend £15bn investing directly into British businesses in exchange for shares that would one day be sold to the public.

The Social Market Foundation (SMF) report by Conservative MP Bim Afolami said the treasury should focus on making investments into small and medium-sized enterprises (SMEs) to help them recover after the coronavirus crisis.

Ministers have previously offered start-up loans to businesses and offered investment, but not on the scale proposed, which would be floated on the London Stock Exchange. The report also proposes offering discounted shares to lower-paid NHS workers and younger people, which could encourage saving.

More than 300,000 people would usually pack the stands at Royal Ascot in Berkshire this week, but coronavirus has forced the event to be held behind closed doors.

That hasn’t stopped fans from celebrating the event, though. Among the many families sharing photos of themselves dressed up and watching the race from home, were Geoff Durham and his family.

They watched the action from their garden which even had a Royal Enclosure erected in it and rebranded their cars as taxis.

Goodwood has announced it has cancelled the 2020 Festival of Speed and Revival.

The motorsport events, due to take place in July and September respectively, will now be postponed until 2021 instead. Tickets for this year’s shows will remain valid for 2021, though refunds are available too.

Ticket holders and fans will also be able to be part in Goodwood’s future events through the relaunch of the Goodwood Supporters’ Association (GSA). Goodwood’s 2020 Members’ Meeting, usually held  in March, was also cancelled earlier this year.

Car Dealer Live: Collecting Cars’s Edward Lovett will be with us at midday today. Tune in on this website at lunchtime.