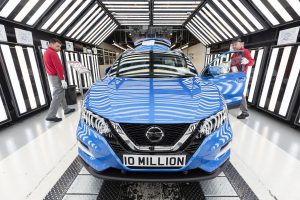 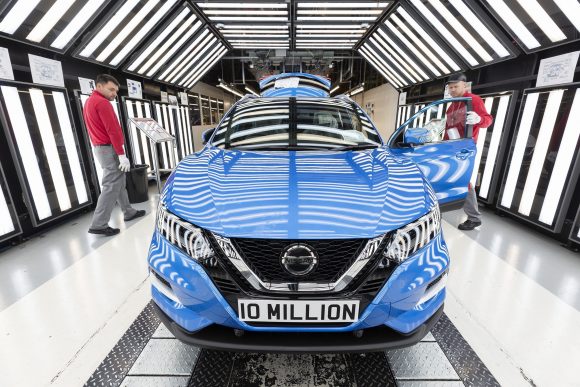 UK retailers suffered ‘another month of struggle’ in May, according to the latest BRC-KPMG Retail Sales Monitor.

Total sales dived 5.9 per cent for the month – the second-worst sales decline due to the coronavirus lockdown.

However, the report found this represented a slight slowdown in decline from April, which remains the worst month on record for UK retailers.

New safety measures have been put in place, including screens, barriers and dividers between operators, and redesigned rest areas and rescheduled breaks. Factory workers have also been given necessary PPE.

Nissan says that thanks to new health and safety measures installed, 95 per cent of its dealer network have been able to reopen.

It had been the government’s intention for them to open for four weeks before the summer break, but that plan has now been dropped after head teachers’ leaders said it was impractical.

Meanwhile, health secretary Matt Hancock has revealed plans for coronavirus testing for pupils and teachers across England. He has also conceded that secondary schools probably won’t reopen fully before September.

The consumer car finance market fell 94 per cent in April compared to the same month in 2019 and by 33 per cent in the first three months of this year.

The figures were published by the Finance & Leasing Association (FLA) which also revealed the consumer used car finance market fell by 92 per cent.

Geraldine Kilkelly, head of research and chief economist, said: ‘The FLA calls on the Government and Bank of England to take immediate action to open up financial support schemes to all lenders, including non-banks, so that they can meet this pent-up demand for finance and the huge ongoing requests for forbearance.’ See full story here 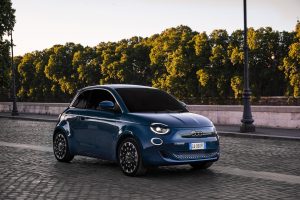 Fiat has revealed the first pictures of the new all-electric Fiat 500 Hatchback and opened order books in the UK.

The Italian brand first unveiled the new electric city car in March but only showed off the 500C convertible version.

Japanese giant Honda appears to have been targeted in a cyber attack, reports suggest.

Security researchers have posted evidence on the internet showing a Honda server has become infected in the ‘Ekans’ malware.

The firm began experiencing problems with its IT network in Japan and Europe yesterday, with a spokesman saying: ‘This is currently under investigation, to understand the cause. At this point, there is no effect on either Japanese production or dealer activities, and no customer impact.’ Read more here

Cazoo will feature on the front of Everton’s first team playing and training kits for the 2020/2021 season.

The firm’s logo will also feature around Goodison Park, on official club merchandise and across Everton’s digital outlets. The sponsorship deal will last three years and is believed to be worth £27m. Read more here

Ford has added mild-hybrid versions of its best-selling Fiesta its UK line-up.

The models are available in 123bhp and 153bhp power outputs with the lower-powered model getting a five per cent improvement in fuel economy, says Ford. Prices start at £19,860 for the Fiesta Titanium.

Car Dealer Live: Luscombe’s Robin Luscombe is with us at midday today. Tune in on this website at lunchtime.