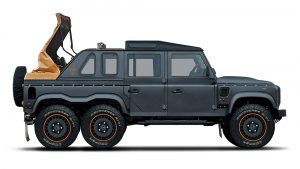 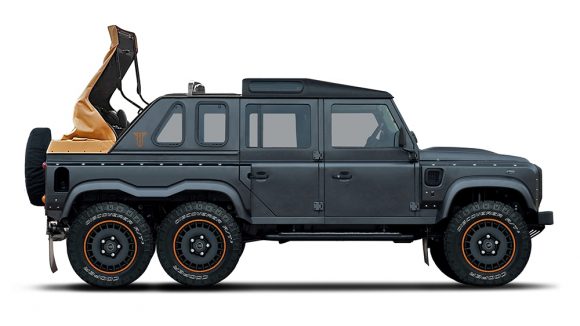 KAHN Design has released a teaser image of its upcoming soft-top off-roader.

The Flying Huntsman is a 6×6 pick-up truck, based on a Land Rover Defender 110, and is available as a double-cab pick-up or a wide body model.

However, this new version will add to that list a soft-top option, so customers can feel the wind in their hair while they drive the luxury off-roader.

Details are scarce at the moment, but Kahn says that the vehicle will bring ‘an element of adventure, engineering and romanticism to the most seasoned of Defender owners and enthusiasts.’

The company claims that the product will appeal to customers’ ‘penchant for an exhilarating blend of bespoke design and fashionable automotive accessories.’

No price has been announced yet, but it will no doubt be somewhere in the hundreds of thousands of pounds. More details will be announced in the next few months.