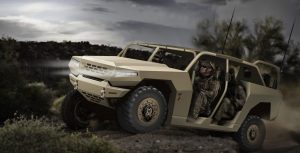 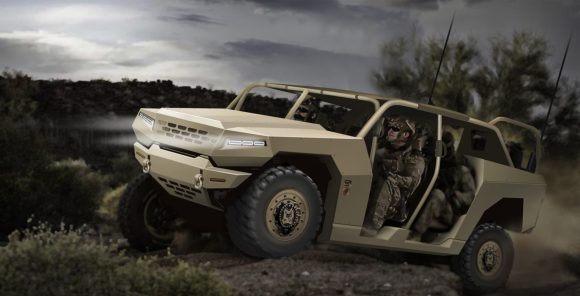 If you thought the Kia Sorento was a tough SUV then think again as Kia has revealed plans to build military vehicles.

The South Korean firm says it’ll develop a new standard platform for next-generation military vehicles, and prototypes could be tested by the end of the year.

The new vehicles will undergo evaluation by the Korean government next year and Kia hopes to deploy the first vehicles in 2024.

The programme is the result of joint investment from the Korean military and Kia to replace 2.5- and five-tonne military vehicles, as well as developing five-tonne bullet-proof vehicles.

Kia says the platform has been designed to be modular allowing for different sized vehicles to built or for special versions.

It’ll be based around the current Kia Mohave platform – a car that’s sold in Korea, China and the USA. Further down the line, industrial and leisure vehicles could be spun off the platform.

Powering the prototypes will be a 7.0-litre diesel engine with an automatic transmission, with safety equipment including an anti-spin regulator, rear parking assist, around view monitor, and satellite navigation.

Kia says it is building the platform to be modular so that different variants can be built further down the line, including those that incorporate weapons systems or needing changes for unique specialisations.

This is not the first time Kia has built military vehicles, however. The South Korean firm says it has provided 140,000 vehicles to its home military as well as other overseas countries.