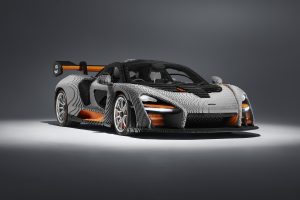 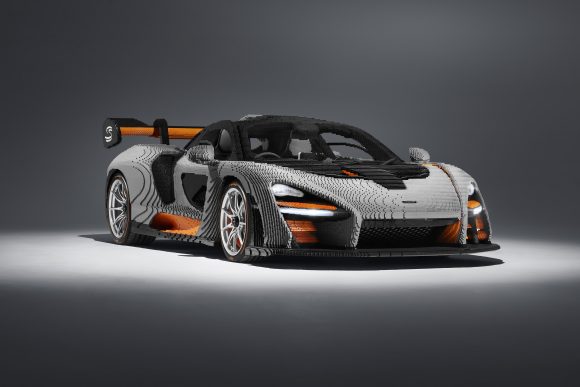 Lego builds McLaren Senna from nearly half a million bricks

McLAREN and Lego have teamed up for something really ambitious – a full-sized model of the Senna supercar, built from hundreds of thousands of Lego bricks.

It’s not the first time Lego has turned its hand to building cars, as back in 2017 the brands teamed up to represent the 720S in brick form. Both the 720S and the Senna are also available in smaller-form Speed Champions kits, suitable for home use – but the full-sized models are intended to be ferried around to McLaren promotional events worldwide.

A team of 42 Lego workers toiled for a total of 4,935 man-hours to create the Senna – a far cry from the 300 hours it usually takes to hand-build a Senna on McLaren’s production line. The finished product incorporates a staggering 467,854 individual Lego bricks and weighs in at 1,700kg. That’s 500kg more than a regular Senna.

The Lego Senna is the first such model to use parts from a real car – intended to make the experience more immersive by allowing young fans to actually sit inside the model. It uses a carbon-fibre driving seat, steering wheel and pedals from the real Senna, giving the cabin an interesting two-tone effect as the real parts blend with their Lego equivalents.

The model rides on the same wheels and Pirelli tyres as the full-sized original, and McLaren’s fitted authentic badging too.

The whole vehicle is finished in Victory Grey with contrasting orange highlights – the same colour scheme as found on the Speed Champions model. McLaren says that young owners of the 15cm toy set will have a ‘magical double-take moment’ when they see its full-sized equivalent.

The Lego Senna will be on display at many events throughout 2019, starting with the Goodwood Festival of Speed in July.