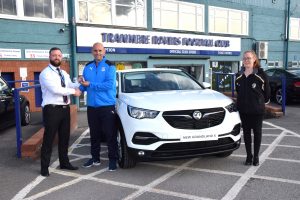 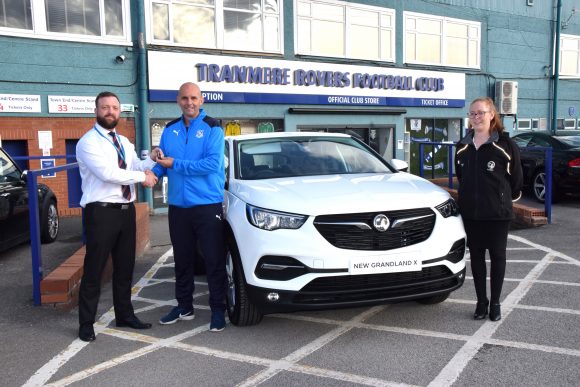 TRANMERE Rovers have signed a sponsorship deal with national motor retailer Lookers that has seen them receive a Grandland X SUV to help with their scouting activities.

The vehicle will be primarily used by the club’s talent scouts as they travel around looking for the next generation of talent for the Merseyside club.

As well as Lookers appearing on perimeter boards and car displays, the retailer will also feature in matchday programmes.

Prenton Park has seen its fair share of drama over recent years, with the side returning to league football this season after beating Boreham Wood in the play-off final last season.

That ended three seasons of non-league football, before which Tranmere had been a constant feature in the leagues for 94 years.

It’s hoped that with the addition of fresh talent the club can capitalise on the momentum gained from last season’s triumphs.

Shaun Garnett, a first team coach at Tranmere Rovers, said: ‘Scouting for new talent will always be a massive part of the future success of this club and I would like to thank Lookers for providing us with a vehicle to help us do this.

‘Last season was massive for us and for our fans and we want to go on and give them even more to cheer about.’

Matt Edwards, sales manager at Lookers Vauxhall Birkenhead, said: ‘We are very proud to be supporting Tranmere Rovers – a club that has always played such a huge role in the Wirral community and one that is followed avidly by many of our customers in the area.

‘It’s also very pleasing that the Grandland X will be used by the club to scout for up-and-coming talent in the region – something that is vital to its future success.’