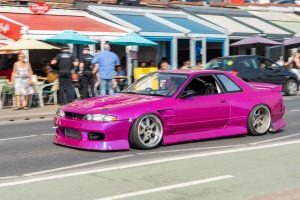 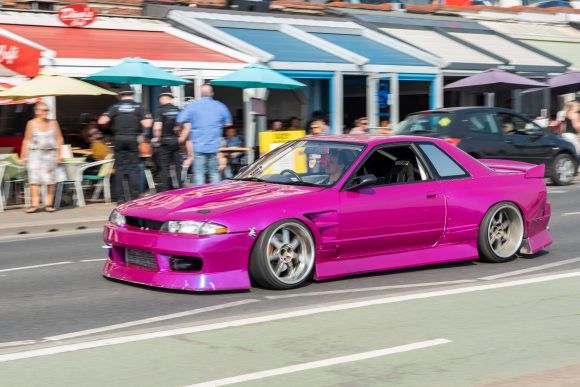 Adding accessories and fitting modifications to a car could knock thousands off its value, new research has found.

‘Wonky wheels’ saw the highest average price a person would seek to knock off the price of a car if they were fitted.

The term ‘wonky wheels’ refers to the practice of adding camber to a vehicle’s wheels – essentially changing the angle they’re fitted at – which can benefit handling when done properly.

However, some car enthusiasts fit extreme camber angles as a stylistic choice. Those not looking for this aesthetic said they would knock an average of £310.71 off the price of a vehicle with these modifications.

Lowered suspension, which can improve aesthetics as well as handling, was second, decreasing a car’s value by £286.29, followed by a modified exhaust (£239.08).

The research also uncovered Britain’s most hated car mods. Top of the list was eyelashes above headlights, with 32 per cent of respondents saying they hated them.

However, some additional extras are coveted by car buyers, with air conditioning wanted by the most amount of people at 37 per cent.

Iain Read, Carwow web editor, said: ‘We like to think we know cars pretty well, but when it comes to different car modifications, not everyone may see eye to eye.

‘Eyelashes on headlights and fluffy dice might not be everyone’s cup of tea, but if you’re modifying your car in such a way that it invalidates your insurance or devalues your car, we’d recommend you think twice.’