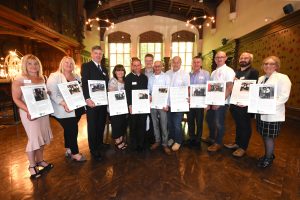 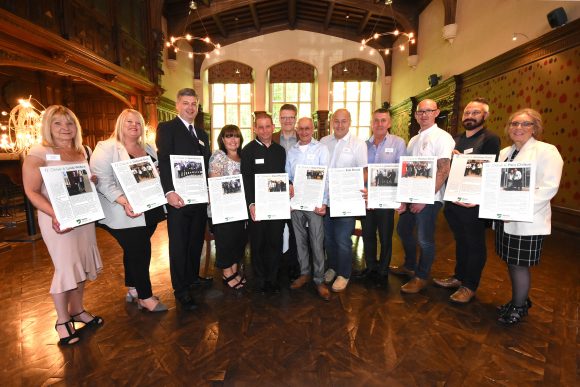 VERTU Motors plc, which operates the Bristol Street Motors, Macklin Motors and Farnell brands, has recognised a number of its longest standing colleagues at a celebration event.

Eleven colleagues, with more than 310 years’ service between them, were treated to a special commemorative lunch at the Jesmond Dene House Hotel in Newcastle, hosted by the group’s CEO, Robert Forrester.

Colleagues celebrated at the lunch included Steve Harvey, who has worked at the Farnell Land Rover Bury site in various roles for more than 55 years, and James Lessel, who has worked in the workshop department of Macklin Motors’ Dunfermline site for 40 years.

Robert Forrester, CEO at Vertu Motors plc, said: ‘In addition to investing in training and development, Vertu believes in recognising commitment and years of hard work from its colleagues.

‘Our group would not be such a success without the outstanding people who go above and beyond what is required of them on a daily basis. We have colleagues who have worked at their dealerships since starting an apprenticeship, and go on to spend years at the location. This longevity adds real credibility, not just to our group, but for our customers and the communities our dealerships operate in.’

‘It has been a pleasure to spend an afternoon with such fantastic people. I would like to thank them for their support and look forward to the years to come.’