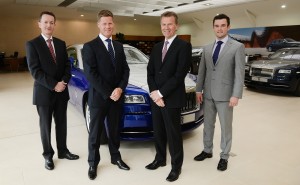 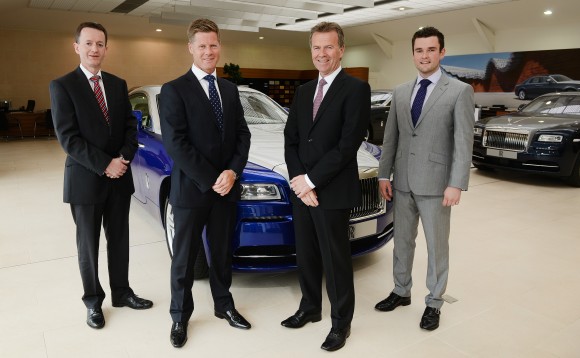 Partnered by son Chris, the former Lomond Audi owner has taken over the luxury car dealership in a buy-out worth more than of £3 million. The deal was funded by Barclays’ Scottish corporate banking team.

Hugh McMahon has spent a lifetime in the motor trade starting out as a technician at the age of 16 before moving into sales – then management. He sold the Lomond Audi business in July 2012 and has been looking for a suitable enterprise since.

The Sighthill outlet is the sole authorised dealership for the luxury car brands in Scotland. The business currently turns over £20 million annually and the father-and-son team have plans to grow this to £30 million in the medium term.

Hugh McMahon said: ‘There is a strong opportunity to grow sales of both brands which are moving into an exciting stage of their development – Rolls Royce is celebrating 10 years under the ownership of the BMW Group and Aston Martin has been rejuvenated by new investment.’

Working with son Chris, who is operations director for the business and Brian Ritchie, finance director, Hugh also has plans to expand the dealership’s offering of luxury and performance used cars.

He added: ‘Our first priority, however, is to consolidate our existing position. We have taken over a good business but I want to make it a great business – for customers and employees.’