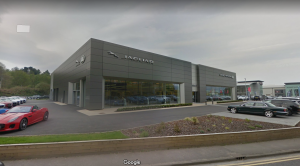 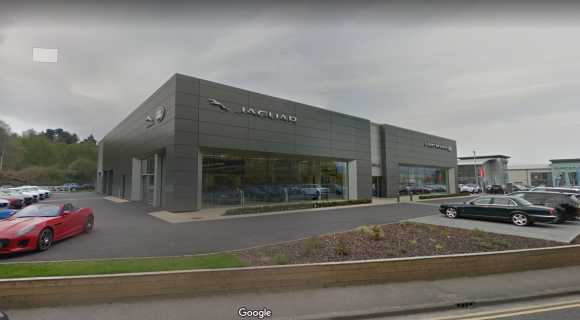 A Birmingham man has been sent to prison after an ‘inept’ attempt at stealing a Jaguar worth £40,000 from an Inverness dealership.

Naveed Nawaz, 26, was jailed for eight months after stealing the Jaguar from Park’s of Hamilton – a Jaguar Land Rover dealership on Harbour Road, Inverness.

According to The Press and Journal, Nawaz stole the Jaguar on October 8 in order to get home to Birmingham after twice crashing his own car.

Inverness Sheriff Court heard how the Jaguar was left running on the garage’s forecourt while updates were carried out to its navigation system, and how Nawaz jumped in and drove off before being caught soon after.

Sheriff Ian Cruickshank said Nawaz committed ‘an astounding and incredible course of criminal conduct in a matter of days’.

Cruickshank added: ‘It seems an inept attempt to take a £40,000 car to get home to Birmingham. And he has no explanation for why he was in Sutherland and Caithness, was he trying to do the North Coast 500?’

Defence solicitor Neil Wilson said after being caught by the police, Nawaz was then released and told to appear at Inverness at a later date, according to the Press and Journal.

Nawaz then caught a train to try and get home but ‘panicked and ran away’ when he saw police again.

The court was told police officers found him hiding in a carriage and then was released again.

Wilson added: ‘He failed to turn up twice at Inverness in November to answer the undertaking, a warrant was issued and he was arrested in Glasgow on December 7.’

Nawaz admitted stealing the Jaguar from Park’s of Hamilton, failing to identify the driver to police and for driving the car without insurance.

Nawaz also admitted two charges of careless driving, failing to identify the driver involved in the collisions before the theft of the Jaguar, and for trespassing on a railway line on October 9.

The court heard how Nawaz crashed his car twice in the lead-up to the theft – fiscal depute Roderick Urquhart said that on October 2, Nawaz drove at 90mph on a single track road and ended up crashing into a ditch, and three days later how Nawaz crashed into a conservatory in a small hamlet after losing control of his car.

The Press and Journal reported sheriff Cruickshank backdated the custodial sentence to December 8, and also banned Nawaz from driving for 16 months.