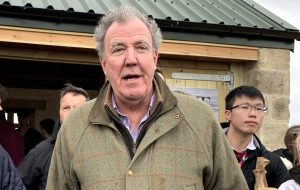 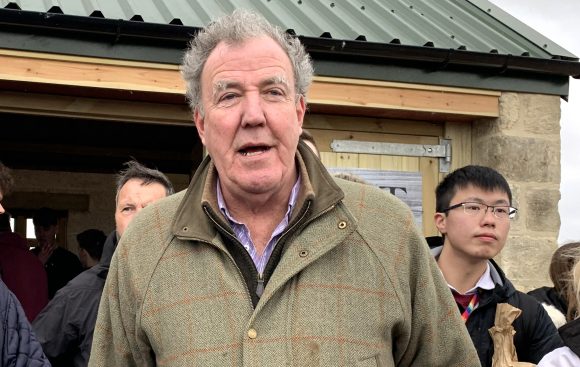 The government has revealed details of a new scheme to help people fleeing the Russian invasion as the UK’s ambassador to Ukraine said she ‘totally gets the criticism’ of the refugee system to date.

The Homes for Ukraine programme, to be rolled out this week, will allow individuals, charities, community groups and businesses to bring people escaping the war to safety – even if they have no ties to the UK.

Britons offering accommodation to Ukrainian refugees through the new route will receive a ‘thank you’ payment of £350 per month.

Boris Johnson was warned about granting a peerage to his close friend Evgeny Lebedev two years ago by British intelligence.

According to a report in the Sunday Times, the head of M16 held security concerns over the Russian oligarch – who has previously defended Vladimir Putin and expressed doubt over the murder of a Kremlin critic in London – as long as a decade ago.

Opposition leader Sir Keir Starmer expressed alarm over the article’s allegations and said he had written to the House of Lords Appointment Commission chair Lord Brew to raise concerns over the prime minister’s decision to grant Lord Lebedev a peerage.

Zelensky warns against ‘pseudo-republic’ as he says 1,300 Ukrainian troops dead

Ukrainian president Volodymyr Zelensky warned against the formation of a ‘pseudo-republic’ in the south of his country as he revealed at least 1,300 Ukrainian troops have died so far in the invasion.

Zelensky said Russians were using blackmail and bribery in an attempt to force local officials to form a ‘pseudo-republic’ in the southern Kherson region, much like those in Donetsk and Luhansk.

Protection for the two eastern regions where pro-Russian separatists began fighting Ukrainian forces in 2014 was used as a pretext by Russia to start the invasion.

China instituted new Covid-19 restrictions on Saturday that included urging the public not to leave Beijing and closing schools in Shanghai while the leader of Hong Kong warned that its coronavirus outbreak has yet to reach its peak.

In Beijing, where five new cases were reported, part of the Yosemite housing complex in the north-eastern district of Shunyi was locked down after an infection was found there. Residents were ordered to undergo testing.

‘Please do not leave Beijing unless necessary,’ a spokesman for the capital’s Communist Party committee, Xu Hejian, was cited by state TV as saying.

Boris Johnson has told the Irish premier that ‘significant changes’ are still needed with the controversial Northern Ireland Protocol – after the Taoiseach said there is an increasing view that it is working.

The prime minister met Taoiseach Micheal Martin in London where the pair discussed Ukraine and the protocol before watching Ireland beat England in the Six Nations at Twickenham.

Johnson told Mr Martin that he hopes the ‘same spirit of co-operation’ the UK and EU have shared during the Ukraine crisis can be applied to Brexit discussions.

Jeremy Clarkson has reapplied for planning permission for a car park extension on his Oxfordshire farm.

The broadcaster, 61, had his last application rejected by a West Oxfordshire District Council (WODC) planning committee in January.

The new application is for an extension to the existing parking area to ‘formalise temporary parking’ on his property, named Diddly Squat farm, as well as the provision of new access arrangements. The proposal also includes a new storage compound and ‘associated landscaping’.

A band of rain will push north-eastwards from the Midlands and the south this morning, reports BBC Weather. The rain will leave behind heavy showers and sunny spells.

Showers will ease tonight leaving a clear and chilly night for England and Wales. Cloudy elsewhere.