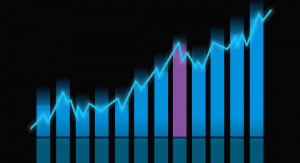 MAZDA is celebrating a successful year which saw it continue to establish itself as one of Europe’s fastest-growing car makers.

Mazda Motor Europe’s vice-president of sales, Martijn ten Brink, said: ‘This is our second year in a row with growth of almost 20 per cent in Europe.’

Mazda is confident that it can maintain its growth course in 2015, which will see the launch of three all-new models starting with the Mazda2, which goes on sale in the high-volume B segment in March.

The Mazda CX-3 will then join the rapidly-growing city SUV class in early summer, followed by the fourth-generation Mazda MX-5 in the Autumn. The 2015 Mazda CX-5 and 2015 Mazda6 also arrive at dealers this year.

MORE: F1 ace is guest of honour at showroom opening

MORE: Pendragon: Full-year results will be ahead of expectations