Home > News > It’s the Waltons at the double – Service department’s Ashley and Ashley are definitely two of a kind! 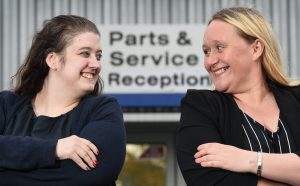 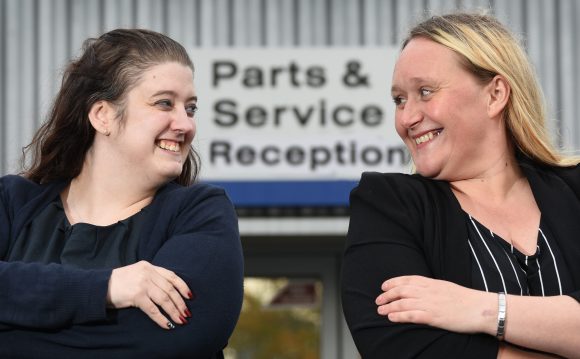 It’s the Waltons at the double – Service department’s Ashley and Ashley are definitely two of a kind!

THE chances of meeting someone who has the same name with the same spelling are pretty slim, but for two members of Lookers aftersales staff it’s an everyday occurrence!

Ashley Walton, 32, from South Shields, joined the company four and a half years ago, when she took on the role of service adviser at the Parsons Road service and parts department in Washington, when it was part of the Jennings Motor Group.

A recent promotion to workshop controller resulted in the recruitment of a new service adviser who – by complete coincidence – is also called Ashley Walton.

Forty-year-old Ashley, from Peterlee in County Durham, couldn’t believe it when she was offered the role of service adviser and found out that she shared the same name as her predecessor.

‘The first thing we did was check to see if we were related, but it turns out that it’s just the name we share,’ she said. ‘In my entire life and career, I’ve never come across anyone with the same name, let alone the same spelling.’

As service adviser, she is responsible for liaising with existing and potential customers, arranging and confirming service and MOT bookings, processing orders and invoicing.

Commenting on the unusual coincidence, Appleyard said: ‘It’s a little bit confusing at times, especially when someone calls out their name and they both answer together, or if a message is passed on and we have to double-check which Ashley they’re referring to, but it’s also become quite amusing with staff and customers alike.’

To avoid future confusion, workshop controller Ashley has been renamed AJ, which is her nickname used by family and friends.

Lookers acquired the Jennings group in September at a cost of £5.6m for the entire issued share capital.