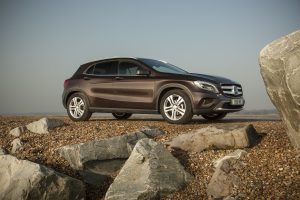 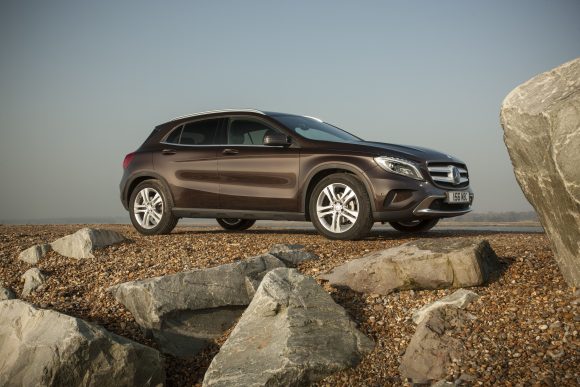 THE 2015 Mercedes-Benz GLA Class in diesel manual took first place as the UK’s fastest selling used car in September, taking an average of just 15 days to race off forecourts.

It wasn’t the only top 10 placing for the iconic German brand last month. The 2016 A-Class, also in diesel and manual, was the sixth fastest to sell, taking an average of 20 days to turn, and the 2016 GLA Class diesel manual was ninth, also taking 20 days to sell.

Despite the ongoing demonisation of diesel, and the dramatic fall in new car registrations in September, within the second-hand market, it remains a highly desirable option amongst consumers.

As well as taking first and second place on the national top 10, diesels topped the list in 10 of the 13 UK regions and countries tracked:

In terms of model type, SUVs are still the star of the show and with such models from a variety of marques topping the list in East England (2016 Kia Sportage SUV diesel manual at 21 days), East Midlands, Northern Ireland and Wales (2017 Nissan Qashqai diesel manual at 19 days).

Auto Trader’s director of commercial products Karolina Edwards-Smajda said: ‘With the autumn and winter months closing in, it’s no surprise to see that SUVs are topping the list as most popular. More surprising perhaps, given the huge decline in the new market, is the ongoing resilience of used diesels.

‘As we’ve seen elsewhere on our marketplace, they’re also retaining their value. That’s because for many motorists they are simply the best option available – particularly those that drive long distances and are looking for the efficiency that only a diesel can offer.

‘Knowing which cars will prove popular is key to identifying future sales opportunities. Retailers using data management solutions to complement their own expertise are not only able to determine which cars are the most desirable in their area, but also make informed decisions on how to price them based on the live retail market, helping them to sell more cars, more quickly and for more profit.’

MORE: Crossovers and SUVs the quickest to sell on used forecourts in August