Home > News > What has the motor trade learned from the lockdown? 26 industry leaders reveal all 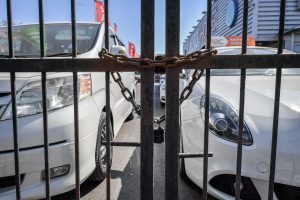 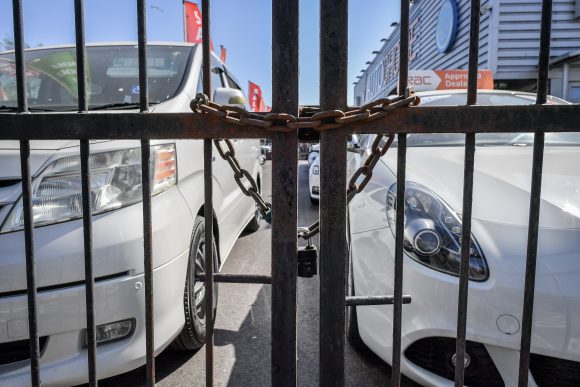 What has the motor trade learned from the lockdown? 26 industry leaders reveal all

It’s been more than two months since the lockdown began and we wanted to know what this surprise period of no trading has taught the motor trade.

In fact, in the 49 Car Dealer Live shows, James Baggott has asked nearly every guest what they’ve learnt or what positive they will take away from this time.

Many said they had picked up new technology skills, while others said they realised more than ever before how important their team was, and one said he had now learnt how to cut his own hair. Read on to see who that was and what all the big lessons were.

Pendragon CEO Bill Berman said: ‘In good times you develop bad habits, in bad times you develop good habits. I think it’s reinforced that you just need to be very disciplined with your business. You have to be very disciplined with your cash and you just can’t throw money at everything you’d like to do. You have to be very pragmatic, run a very clean and efficient business and you’ve got to be nimble and agile. For a guy who came up through operation I’ve always been a big balance sheet guy.’

Andrew North, owner of Alexanders Prestige, said: ‘I was absolutely determined. I will do whatever I have to do to get this business back where it needs to be.’

Graeme Potts, CEO of Eden Motor Group said: ‘This is being very honest, we have agreed that we need to make it even easier to work in our sector and be successful without having a complete compromise of life. This might sound like I’m going soft but we want to make it even easier for Eden people to work in our company, be successful but have a better balance with their home and leisure life.’

Peter Waddell from Big Motoring World said: ‘That the wife spends too much money. And I’ve learnt to cut my own hair!’

Chairman of Ssangyong UK Jim Tyrrell said: ‘I think it’s taught me to think about how we do things. I’m fairly traditional, I’ve been around a long time, I’m used to big teams of people sitting in offices and talking to each other, and I think there’s an opportunity for us as a business, in many businesses, to allow people to work from home which will have benefits in terms of their lifestyle, to manage their lives. It’ll have cost benefits in the medium term in the size of offices that we require. But I think we mustn’t go over the top, we must recognise the value of the office environment. We may be looking at a system where people work from home but come into the office two or three days a week so we can still know each other.’

Nick Laird, managing director of SsangYong UK, said: ‘The thing for me that has been surprising and positive is the humanity that comes through in a lot of interaction with people you didn’t previously talk to. Even just walking down the street there’s a lot more humanity there.’

Jamie Crowther, operations director of Marshall Motor Group, said: ‘A marketplace that is clearly disrupted I see as a significant opportunity for Marshall.’

Paul Hendy, CEO of Hendy Group, said: ‘I think it’s accelerated a lot of our thinking around what we can do online and where is that going. Online was our only portal so we had to get on with it, sharpen it up, we’ve all done that, haven’t we? I think it will accelerate that whole bricks and mortar versus hits and clicks. I absolutely believe it’s a blend of both, I don’t think it’s one or the other.’

Simon MacConachie, managing director of Sherwoods Motor Group, said: ‘I think communication is key. The one thing that I’ve felt reassured by is being able to be in touch with my staff directly through social media and various platforms. It all comes down to the individuals you work with.’

Phil Raby from Phil Raby Specialists Cars said: ‘It’s taught me to look at our costs very carefully, try and run things as tightly as possible, but it’s made me realise that we need to keep our name out there, keep marketing hard, stay positive and above all keep enjoying what we do.’

Chris Wisemam, managing director of Wessex Garages, said: ‘It’s taught me quite a few things to be honest. The communication tools, things like Zoom which I now use extensively or YouTube Live weekly with my staff. It’s given us a better understanding of how we can use those tools.’

Vincent Tourette, managing director of Renault Groupe UK, said: ‘The power of online tools. I’ve been amazed by the reaction of my teams and of the dealers, I have to say, and the solidarity we’ve had all together. People will remember how we have behaved through the crisis, and I think the fact we tried to prioritise the safety of our dealers and customers will be remembered.’

Sally Smith, managing director of Corkills, said: ‘I think it’s the value of team and ownership that we have. Watching a number of people who were asked to go home, literally at 10 minutes notice, that they’re being furloughed and they don’t understand the future. The ownership and the response you get back that they’re willing to do anything to look after the business has been really powerful.’

Alison Jones, group managing director for Groupe PSA, said: ‘I think it’s reinforced resilience… It reinforces the power a small team can have, it’s not always about the size of the team that you’ve got. It means you think about what you focus on. It means you can get positive results even in really dark days, and positive sometimes is just we’ve moved one step further forward.’

Sean Kelly, MD of Vines BMW, said: ‘I think a lot of people mistake seriousness and solemnity. We are in a serious place but that doesn’t mean we have to have a face like a slapped arse about it. I’m usually quite positive and ebulent around where the business is going. I think the lesson learnt is the team of people we have around us at Vines and the team of people you work with, how fundamental are they to your well-being as an individual?’

Tom Jaconelli from Romans International: ‘We’ve got a lot of staff who are bored at home and desperate to get back to work, and a lot of people are missing their friends and family, so I think building that community around you again is something a lot of people will be looking forward to.’

Peter Vardy CEO Peter Vardy said: ‘From a business point of view, I think the biggest lesson was the day I came back to work and thinking how I’m going to have to try and help people cope with this coming back to work thing. I don’t think it’s ever happened where everyone’s been off for a month, and they’re worried about leaving their homes and coming back to work. And then I’ve got to lead a business where people need paying so I need the business to run and be careful about how we’re doing it.’

Simon Webb, owner of Langley Prestige, said: ‘To take nothing for granted. As I said, coming out of February and the middle of March, I didn’t think anything could stop us. It’s quite scary how this has come from nowhere really. We’ve been stopped in our tracks but we’ll get going again.’

Darren Ardron, MD of Perrys, said: ‘Teamwork. I honestly can’t praise the team enough for what’s happened in this crisis. Everybody has worked tirelessly on it. They’ve all been given tasks and we’re all working towards those tasks. We were a close team anyway but I think it’s brought us even closer.’

Steve Hicks, sales director at Kia Motor UK, said: ‘It’s taught me that we as a network are agile, efficient, and entrepreneurs. I think we will come out with solutions that look after our customers in the right way. We’ve got time right now to plan, and a lot of manufacturers have talked about the amazing things their dealers have done. I’m the same and I feel so proud of that. I think it’s taught me that we should take this time now to look at how we change. It’s very difficult as an industry to change the bulbs with the lights on. Well, the lights are off at the moment, so we can take this opportunity to do things better.’

Chris Lear, aftersales director at Kia Motor UK, said: ‘It’s taught me to listen. There are lots of people with lots of very good ideas, whether that’s in the manufacturer or the dealer network. Whilst you like to think you listen to people and give them responsibility, they’ve stepped up to the plate and through the medium of Zoom and email they’ve really wanted to broker those ideas.’

Neil McCue, Snows Motor Group operations director, said: ‘I think we’re a resilient bunch and it’s time for us to change and get into the 21st Century. We’re always positive and we’ve just got to work closely as an industry to drive this change through with our manufacturers. It’s a terrible time right now, but let’s hope we look back in 18 months and say ‘that was a terrible time but look how much we’ve evolved’.

Umesh Samani, owner of Specialist Cars of Stoke, said: ‘We have to be prepared for something which is totally unknown to anybody. The reality of it is, none of us can predict what’s going to happen but you’ve got to stay positive. That’s the reality, we can’t get down about it. Yes, we’ve got the financial pressures but it’s a matter of trying to be positive and spend some time looking at the business. As small independents, we spend so much time looking at the same four walls and don’t think about how the business is performing. This is the time to reflect and say what can I do better?’

Will Blackshaw, owner of Blackshaws, said: ‘Keep interacting, keep talking. I was very guilty over the years of not talking about how I felt. I know Ben as a charity has always been really good to us and we’ll probably rely on that charity a lot more towards the end of this year. But talk to people is probably the biggest thing. Don’t sit there looking at your phone, pick it up and use it how you’re supposed to.’

Andy Barratt, chairman and MD of Ford of Britain, said: ‘This disruption won’t last forever, and when the market comes back it’ll come back with vengeance. But in the meantime don’t let the opportunity to do the right thing pass you by.’