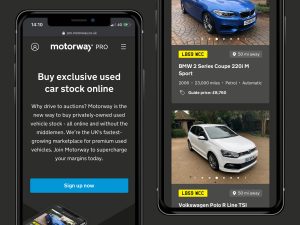 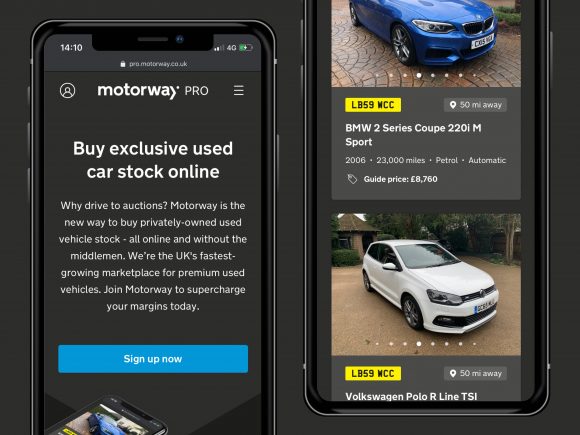 ITV’s consumer affairs programme about used car prices saw sales inquiries on Motorway soar by 600 per cent on the previous day while the show was airing.

Last Thursday’s (Jan 6) edition of Tonight – entitled How Much Is Your Car Worth? and which was partially filmed at the 2021 Car Dealer Used Car Awards – featured motoring journalist and broadcaster Ginny Buckley reporting on the booming used car market, and how prices for some models have skyrocketed.

The 30-minute show went out at 7.30pm, and the online used car marketplace said today (Jan 10) that the programme drove a 600 per cent day-on-day increase in sales inquiries between 7pm and 8pm.

Motorway added that it saw a peak of 200 sales inquiries per minute while the show was broadcast – and sales inquiries spiked by a massive 1,000 per cent versus the same time the previous week.

Rise in traffic to Motorway on January 6, 2022 during ITV’s Tonight programme, showing the percentage increase and hour of day versus the previous day. (DoD = day on day.) Source: Motorway

James Bush, sales director at Motorway, said: ‘While it’s not news to anyone in the car industry that used car prices skyrocketed in 2021, it’s clear from Thursday evening’s episode of the Tonight show that there are still a lot of drivers out there unaware that the value of their car has been steadily rising every time they take it for a spin.

‘The sheer volume of sales inquiries we saw following the show and then into the weekend has been phenomenal.

‘Early signs in our data suggest we could see a wave of prime stock hitting the market in Q1 as consumers late to the party cash in on the boom in used car prices and look to upgrade.’

It’s another success story for the programme – as well as for the used car industry – after Auto Trader said it saw a 155 per cent increase in valuation page views compared with the same period the previous week.