Home > Baggott > James Baggott: Mourning the croaked cars we fell in love with back in the day 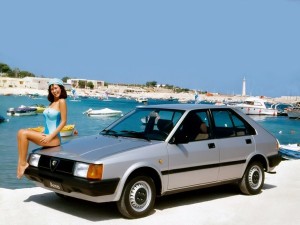 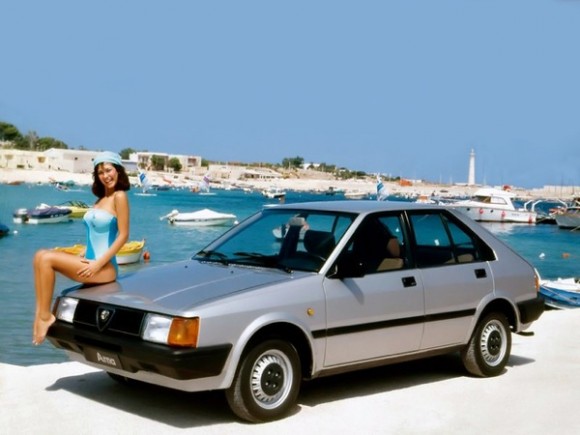 James Baggott: Mourning the croaked cars we fell in love with back in the day

IT WAS one of those I-think-we’ve-had-enough-now chats in the pub that steered my Doom Bar-soaked brain in the direction of this month’s column – and for that I can only apologise. We’d spent the evening talking about our favourite cars and the inane chit-chat moved in the familiar direction of the team’s first motors.

We came to the conclusion that first (car) love doesn’t follow normal rules. The smell of the old man’s dog who owned it before you, a tape deck that chews your Now That’s What I Call Music tapes, and a constant need to top up the battery with ionized water (what was that?) is often overlooked as rose-tinted memories slip to the forefront of your mind.

All I seem to remember was mine ran for a week on a fiver’s worth of fuel and the parcel shelf was made from lead such was its load-bearing capacity when it came to installing yet more speakers.

I loved my first car – like only a mother could. And when I tell you my first car was a 1.3-litre Alfa Romeo Arna, you’ll understand it was a special kind of devotion that only comes from the blindness of first love.

Let’s face it, the Arna was all kinds of crap. Mine visibly rusted as I washed it with Fairy Liquid – once I even managed to pull a piece of the bonnet off with a chamois leather – and it stunk of petrol every time I floored it. And being a teenager, that was everywhere. In fact, with the amount of leaded juice leaking out of the sieve-like fuel tank on a daily basis, it’s nothing short of a Norris McWhirter-bothering record that it went so far on a fiver.

But, as usual, I digress. Back to the pub and the conversation has moved away from what our first cars were – to whether they’re still actually around. Batch’s first ‘car’ was a Citroen C2 VTS Code, so chances are someone got so sick of the sight of it they pushed it into a canal. Or more likely spun it into a lamppost. Dave Brown’s first motor was a lot cooler – a white original Mini – but as DB’s of more ‘senior’ years chances are it’s probably rusted away to dust.

While designer Graeme was drunk enough to admit to not only owning a Fiat Tipo, but driving it too. My rot box, though trumped them all in its crapness and is almost certainly dead – and thanks to the brilliant website HowManyLeft.co.uk, I could prove it had been purged from our shores.

If you haven’t heard of the website I can only apologise for the lost hours you’ll now suffer. Using DVLA data, the website – created by the talented Oliver Smith – can tell you exactly how many cars are left on the road (SORN or taxed) in seconds. After a few prods at my mobile I’d found that the last Alfa Romeo Arna 1.3SL died in the last quarter of 2007. A sad day. For Alfa Romeo.

I couldn’t quite believe she’d gone. I mourned her passing for at least five to 10 seconds. Then we moved on to see what other cars had disappeared forever. Our lists were quickly spent and we soon discovered it’s a lot harder to think of cars that have disappeared from our roads than we first thought.

Peugeot 309 GTI? Loads left. Suzuki X90? A comparatively common machine. I think the fact I had once owned an Alfa Romeo Arna was simply a lucky stroke… of sorts.

The next day I got in touch with the aforementioned website-conceiver Oliver and convinced him to crunch me some numbers on the cars that have gone the way of the dodo (saved me from some haphazard guessing). A few days later he was back with a spreadsheet chock full of cars that we need to sound the funeral march for. In no particular order, the following have now departed:

The Austin Metro LE, deceased as of 2012; the Datsun Cherry DX 4SPD, died in 2010; Austin Montego GTI, croaked it in 2013; the Proton Prism (remember that? Thought not), died in 2010; and the Vauxhall Astra Jubilee disappeared from our roads last year (shame it was only the Jubilee).

And there were many more. Some made our eyes watery (Renault 21 RS, whose boxy form faded away in 2013) while some made us a little bit happy inside (Vauxhall Cavalier SR Auto, defunct as of 2006).

The list was long – 250 cars long in fact. To weed out the anomalies, our number cruncher at HowManyLeft.co.uk limited the list to cars that had at least 100 registrations at any point since 1994, but even with these restrictions, 250 is still a lot of dead metal.

It makes you wonder what first cars teenagers are driving around in today, that won’t be here by the time they get misty eyed and want to find out… but then that’s another column altogether.

I’ll leave you to go and play on HowManyLeft.co.uk – let me know if you find any croaked corkers on it by tweeting me at @CarDealerEd.