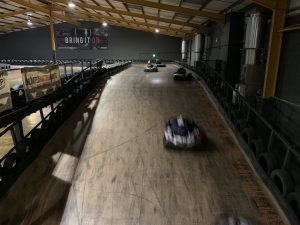 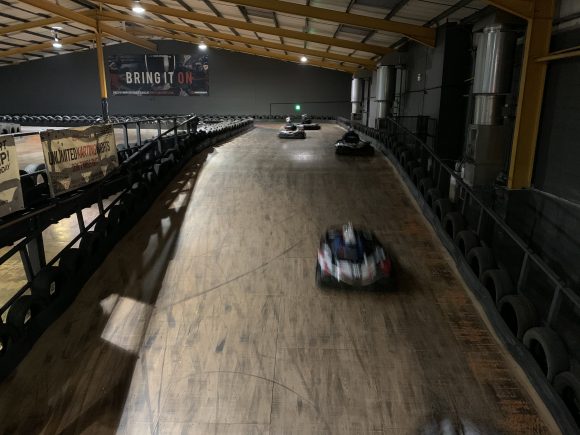 The fifth and last qualifying round of the 2019/20 Close Brothers Motor Finance/Car Dealer Go-Karting Challenge was held last night, with 11 teams vying for the remaining slots in the grand final, and Kev Day was there to witness the action

IT MAY have been a cold evening but the heat was most definitely on in more ways than one as the competitors gathered at the two-level TeamSport Karting track in Cardiff.

This was the last chance for dealers to compete for a slot in next month’s final, and the pressure was palpable.

As was the case with the previous qualifiers, the evening started with a 15-minute practice session so that the teams could get used to the karts and track. 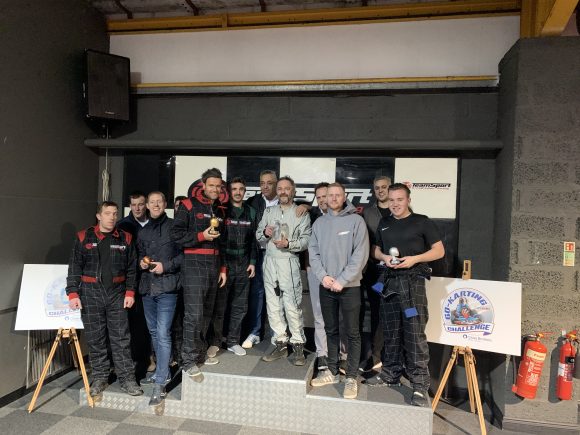 Nick King Car Sales and and the team made up of drivers from Motorbikes 4 All, Dragon Motorcycles and CMC South Wales – collectively called The Bikers – were the early pace-setters, putting in the best lap times.

After some quick tactical discussions, the 90-minute endurance race started smoothly without any incidents off the grid. Nick King and Lane Pearson both got off to a flyer and after the first lap were clear of the pack in first and second.

With 15 minutes gone, Nick King had pulled away to a one-lap lead over A&M Car Sales – whose team also included staff from Used Cars of Bristol – in second place and Motorhub of Newport in third.

Nick King also put in the fastest lap so far at 35.3 seconds, which was nearly a second faster than anyone else on the track.

At the 30-minute stage, they were still leading the way but A&M were putting in some hot laps and the gap was now down to less than 20 seconds. Dick Lovett, meanwhile, had moved up to third place and were closing down on the top two.

At the halfway stage, A&M had reduced the gap between them and Nick King to five seconds. Lane Pearson had displaced Dick Lovett in third place, though, and were right on the tails of the leaders.

Heading into the last 30 minutes, Nick King were still holding the lead but there was now less than 25 seconds between first and fourth place, and Lane Pearson, A&M and Dick Lovett all had their eyes on winning gold.

With 20 minutes remaining, Lane Pearson’s pressure paid off and they took over the lead from Nick King – but could they maintain it? A&M were hot on the heels of the first two, so it was all set for a tight finish.

Things were proving seriously nail-biting, and with less than 10 minutes to go Nick King regained the lead from Lane Pearson by putting in a blistering series of laps, including a 34.9-second fastest.

Despite Lane Pearson’s and A&M’s best efforts, though, they couldn’t catch up with Nick King, who eventually ended the race with a 14-second lead over Lane Pearson and were 27 seconds ahead of A&M.

The grand final will be held in Leicester on Wednesday, March 4 and one thing’s for certain – after the sheer determination shown by all the competitors in all the heats for one of the coveted places on that grid, it promises to be a night to remember.