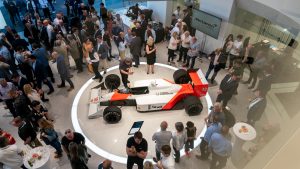 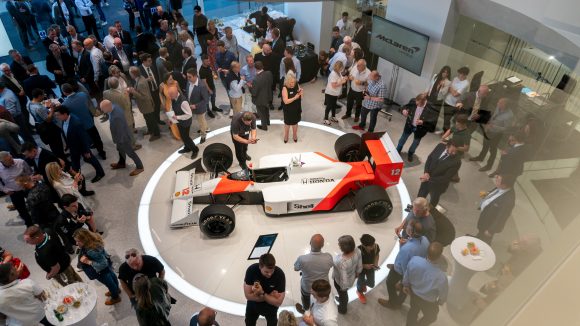 McLAREN Hatfield officially opened its ultra-modern showroom with a launch event featuring a line-up of past and present vehicles.

Following its appointment as an official retailer last year, the dealership opened the doors of its new 378 sq m showroom on Hatfield Business Park, with prospective and existing customers invited to the ceremony.

The Hatfield team will offer a range of new and used McLarens, including the recently launched 720S Spider and limited-run 600LT Spider, with the new McLaren GT ready to configure and order.

Operated by Grange Motors – part of Cambria Automobiles – McLaren Hatfield, which also has a six-bay workshop,  launched the new showroom with a display featuring key models from the brand, which recently celebrated building its 20,000th car. They included the first 12C to leave the production line in 2012, as well as a McLaren P1TM, 675LT Spider and McLaren Senna. 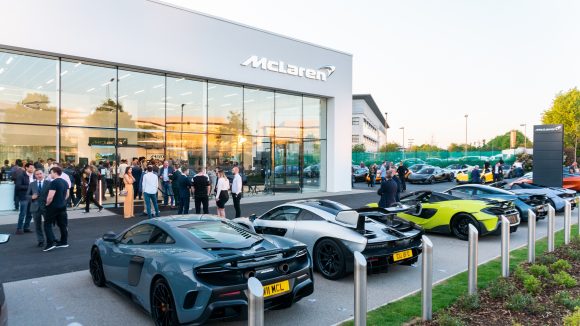 Guests at the official opening of McLaren Hatfield

McLaren’s rich racing heritage was represented by the MP4/4 – pictured above and still the most successful Formula 1 car of all time, winning 15 of the 16 Grands Prix contested in 1988 – while bringing the story up to date was the McLaren Special Operations-commissioned ‘Coriolis’ 720S Spider that starred at this year’s Geneva Motor Show.

Mark Lavery, chief executive of Grange Motors, said: ‘Grange has a long and established history in the luxury automotive space. The development of our new facility in Hatfield has allowed us to create a bespoke environment that caters to the needs of our guests.

‘The modern but relaxed surroundings will ensure that McLaren Hatfield is a destination that both entertains and informs our customers.’

David Gilbert, managing director of McLaren Automotive’s European division, added: ‘Having welcomed Grange Motors to the McLaren family last year, I am delighted to be at the opening of their stunning new facility. We’re confident that McLaren Hatfield will be the retailer of choice for both prospective and existing supercar owners north of the capital.’