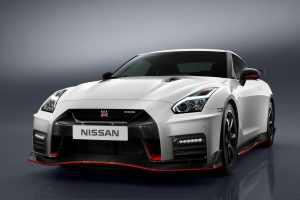 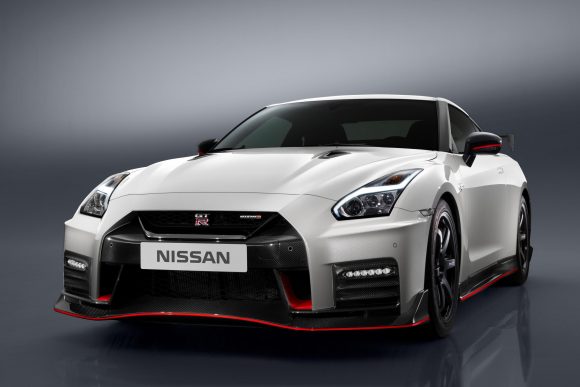 PRICING for the new GT-R Nismo, the flagship of the Nissan GT-R range, has been announced.

Going on sale from November 1st, the latest version of Nissan’s highest-performance vehicle will cost £149,995 when ordered from one of the UK’s 20 Nismo Centres.

The GT-R Nismo uses the same 3.8-litre V6 as the previous model, again delivering 600PS (592hp) courtesy of a pair of high-flow turbochargers developed for the car’s GT3 endurance racing variant. This means that straight line performance figures are not measurably different from the first GT-R Nismo.

As with the rest of the GT-R range, the GT-R Nismo’s front end has been redesigned, with a larger V-motion grille for enhanced cooling. Uniquely on the GT-R Nismo, the bumper is made from carbon fibre to help reduce weight.

The redesign also redirects airflow around the vehicle, helping it to generate more downforce than any other Nissan production car to date, resulting in exceptional high-speed stability.

Alongside the new body structure common to all ‘MY2017’ GT-Rs, the car has new suspension components that improve slalom times and cornering performance by around 2 per cent over the previous GT-R Nismo.

One of the key features on the newest GT-R is a more premium and sophisticated interior, and as part of that refocus the GT-R Nismo clads the redesigned dashboard, steering wheel and centre armrest with Alcantara. The GT-R Nismo also sports unique leather-covered Recaro carbon bucket seats with red Alcantara inserts.

On SuperUnleaded.com: We’ve Driven The New Nissan GT-R And Here’s What You Need To Know About It