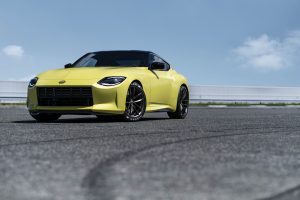 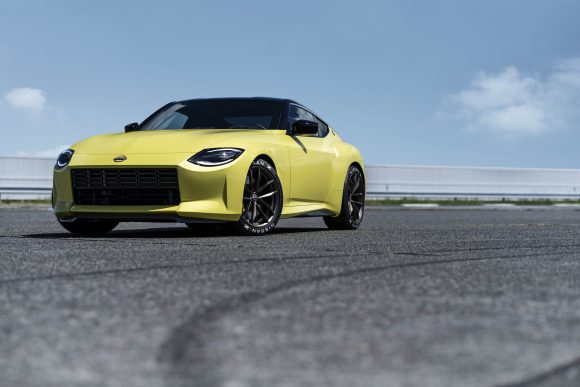 Nissan has given a preview of what its 370Z sports car replacement will look like.

The Z Proto – revealed in the early hours of September 16 – is a prototype of the next generation Z sports car, likely to be called 400Z.

It’s rear-wheel drive, has a twin-turbo V6 and a manual gearbox – but Nissan has no plans to offer it in Europe.

In a statement, the firm said the decision not to offer it in the UK and Europe was due to ‘a shrinking European sports car market and specific regulations on emissions’ saying there was ‘no business case’. 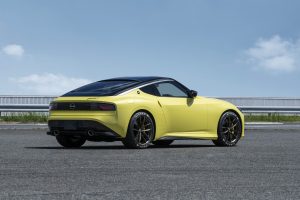 The Z Proto particularly harks back to the first ‘Z-car’, the 240Z, with the yellow pearlescent pain referencing the original car as well as the 300ZX.

The 300ZX is also referenced in the rear lights, while the tear-drop headlights look to the 240ZG of the 1970s.

Inside there’s a mixture of retro design cues along with modern touches like a 12.3-inch digital instrument display.

It’s slightly longer than the 370Z and the production version will most likely go on sale in the US and Japan next year.