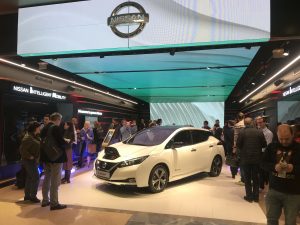 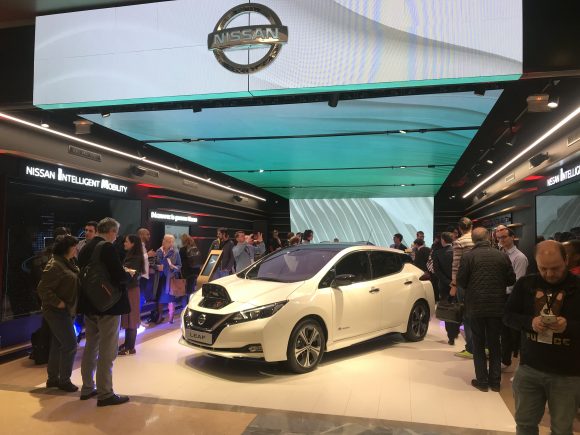 NISSAN has revealed a new dealer concept store in Paris that aims to usher in a new era of digitalisation into showrooms, and give ‘full control’ to customers.

Nissan is following in the footsteps of firms such as Tesla, Ford and Seat, which have all experimented with these alternative dealership models.

Nissan has acknowledged that consumers are now more aware of what they want before setting foot in a showroom, so this new concept store aims to support that and give consumers ‘full control’ over their purchase, and embrace more digital technology in the process.

The French concept store has been in the planning and development stages for a year.

The showroom offers 88 square metres of display screens, as well as five spaces for test-drive handovers. The store itself is set to expand later in 2019.

Customers are greeted by ‘Intelligent Mobility Ambassadors’, who are similar to Apple-style Geniuses. They aren’t traditional car sales people but might have backgrounds in music, technology and art, for example.

Customers can specify and buy a car online from within the showroom ‘in just a few clicks’.

Leon Dorssers, corporate vice president at Nissan, said: ‘City Stores will put people at the heart of our vision for tomorrow’s mobility, all while they’re going about their normal shopping.

‘Today’s unveiling marks a step forward in our global commercial strategy, using e-commerce and new mobility technologies to enhance the customer experience both online and offline.’

Unsurprisingly, given its cult status in the Nissan brand, the Leaf (pictured) takes centre stage in the showroom, while customers can still take advantage of the same leasing and PCP finance scheme as they could in a typical dealer.

Buyers will also be able to have their car delivered to another Nissan dealership, or to their home.

While the Nissan City Store will not be a concept that will have a mass roll-out, the firm has said that it wants to expand the idea to further metropolitan cities such as Berlin, Tokyo and Shanghai. Nissan has not yet confirmed whether the UK will be getting any City Stores in the near future.