A NO-DEAL Brexit could result in ‘stop-start production’ for weeks or months at Toyota’s UK car plant at a cost of millions of pounds, a top executive at the Japanese motor giant has warned.

Motor industry representatives told a House of Commons committee today that EU withdrawal without a deal would be ‘catastrophic’ for the sector and companies have already taken action to move some operations to continental Europe as a precaution.

Sydney Nash, senior policy manager at industry body the Society of Motor Manufacturers and Traders (SMMT),  told the business committee that 12.4 per cent of member companies had relocated some of their business to the EU27 – the countries in the European Union minus the UK.

Brexit uncertainty was a factor behind a 50 per cent drop in automotive investment in the UK over the past year and an expected 115,000 reduction in vehicles produced next year, he said.

Moving to World Trade Organisation (WTO) tariffs under a no-deal scenario would add around £4.5bn to the cost of imports and exports, Nash said.

He added: ‘No deal is not something that could be easily managed. It would have a serious impact on us in terms of our productivity, competitiveness and ultimately jobs.’ 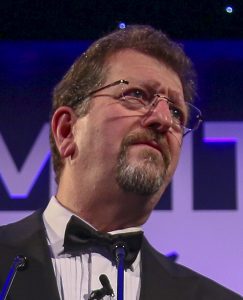 Toyota Europe deputy managing director Tony Walker said the company had obtained ‘type approval’ for its new Corolla model in Belgium rather than the UK as a ‘precautionary measure’, even though it plans to build the car at its plant in Burnaston, Derbyshire.

‘I’m sorry about that,’ he told the cross-party committee, although he stressed that the decision affected only about 10 jobs in testing.

He warned UK consumers could pay a ‘significant’ price for any deviation from EU standards and regulations following Brexit.

‘If we were to have different emissions regulations, the cost would be huge and that cost would be passed on to the market so the UK consumer would pay for the additional R&D [research and development] costs.’

‘We run integrated just-in-time European supply chains, we have 50 trucks a day coming through the [Channel] Tunnel, we carry just four hours of parts at the plant and collect the parts in sequence to the build.

‘We have to have not just 50 trucks a day but we have to have them in sequence. It’s no good if we have 49 and truck 17 is missing. We would then stop.

‘Without the withdrawal agreement, withdrawing with no deal, we would have stop-start production for weeks, possibly months. It would be very, very difficult for us to cope with.

‘The value of the cars we make is £10 million a day. If you lose that value, it’s very challenging for us.’

Nash told the committee that the Leave vote in the 2016 referendum had already had an impact on the industry, with a drop in production this year and a further 115,000 reduction expected in 2019.

MORE: Avensis is going – but Camry is returning to the UK, says Toyota