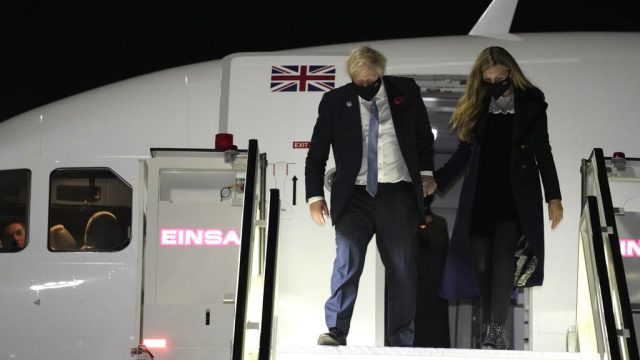 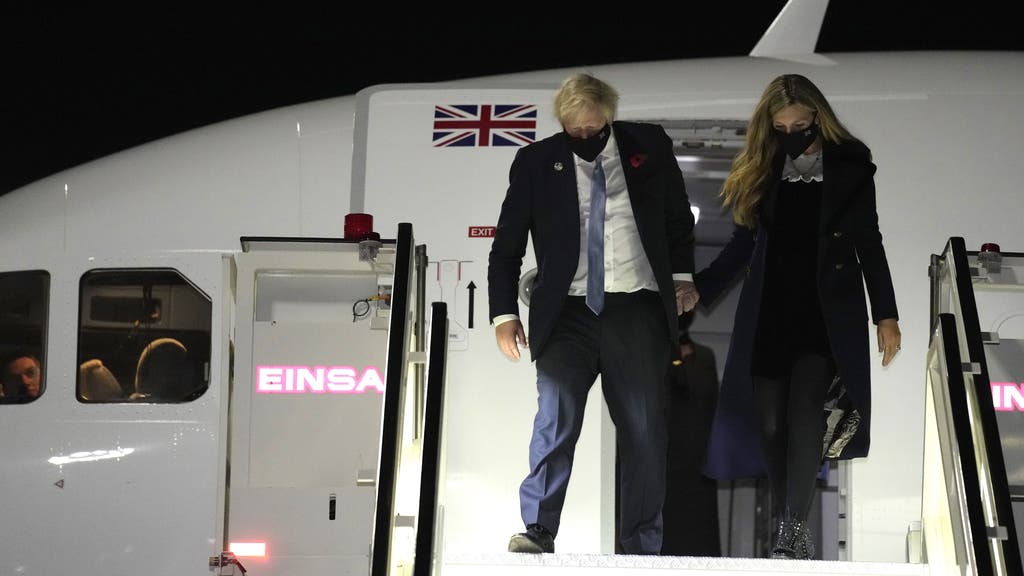 Boris Johnson will urge leaders of the world’s biggest economies to make good on their commitments to cut damaging carbon emissions ahead of crucial climate changes talks in Glasgow.

The prime minister is attending the G20 summit in Rome as key leaders gather in advance of the Cop26 conference, which formally opens on Monday.

Downing Street said he would be taking a tough message that as the countries which had done most to cause global warming, they now had to make themselves accountable to those nations experiencing the most severe consequences.

Train journeys at just 45 per cent of pre-virus levels

Industry body the Rail Delivery Group (RDG) said the number of train journeys made by people travelling to or from work in mid-October was just 45 per cent of what it was before the coronavirus crisis.

That represents an increase from 33 per cent in late August but highlights the difficulty city centre businesses face in attracting customers as many people continue to work from home.

London has seen the slowest recovery in commuting journeys, with demand at just 41 per cent of pre-virus levels compared with 54 per cent across the rest of Britain.

Boris Johnson has said he remains a “low tax Tory” despite seeing the tax burden rise to its highest level in 70 years.

Following Chancellor Rishi Sunak’s Budget on Wednesday, analysts said the tax burden on the country was at a level not seen since Clement Attlee’s Labour government in the 1950s.

The increases have caused dismay among many Conservative MPs at a time when rising prices have left many families facing a potential cost-of-living squeeze.

Speaking to reporters on his flight to the G20 summit in Rome, the Prime Minister said the Government was right to take action to repair the damage to the public finances caused by the pandemic.

Lawyers for the Duke of York are seeking to dismiss a lawsuit brought by Virginia Giuffre, with the royal saying he ‘unequivocally denies’ sexually abusing or assaulting her.

Giuffre has claimed she was trafficked by convicted sex offender Jeffrey Epstein, the duke’s former friend, to have sex with Andrew when she was aged 17 and a minor under US law.

The allegations, which Andrew has repeatedly denied, have been labelled “false” in a document filed to a district court on Friday which added the duke’s ‘sullied reputation is only the latest collateral damage of the Epstein scandal’.

French president Emmanuel Macron has appeared to suggest the UK has not kept its Brexit pledges as a row over fishing rights intensified.

France is threatening to block British boats from its ports and tighten checks on vessels if an issue over a lack of licences for small French vessels to fish in British waters is not resolved by Tuesday.

The UK has said it could retaliate if France carries out its hardline stance.

UK to donate tens of millions of Covid vaccines

Britain is on course to donate tens of millions of Covid-19 vaccines to developing nations, Boris Johnson has said as he urged other world leaders to follow suit.

The Prime Minister, in Rome for the G20 summit, said the UK will send a further 10 million doses of the AstraZeneca vaccine over the coming week through the Covax programme, taking the total for the year to 30.6 million.

Britain will also pass on a further 20 million doses next year together with all 20 million doses it ordered of the Janssen vaccine which is not being used in the UK domestic vaccination programme.

NatWest drags on FTSE after stronger showings from rival banks

The London markets drifted as a lacklustre update from NatWest disappointed the market after stronger showings from rival banking firms in recent days.

NatWest proved to be a significant drag on London’s top flight, sliding to the bottom of the index despite surpassing analyst forecasts.

Michael Hewson, chief market analyst at CMC Markets UK, said: ‘European markets have finished what has been a positive month on the back foot today, with the FTSE 100 slipping back towards the 7,200 level after hitting 20-month highs earlier this week.’

This morning parts of England, Scotland and Wales will see rain and it’ll be heavy at times but it will slowly clear eastward, according to the Met Office.

Today will be sunny with some heavy showers but this will be in the south and west mainly.

Coastal areas will be wet and windy tonight but it will be chilly with clear spells for most this evening.