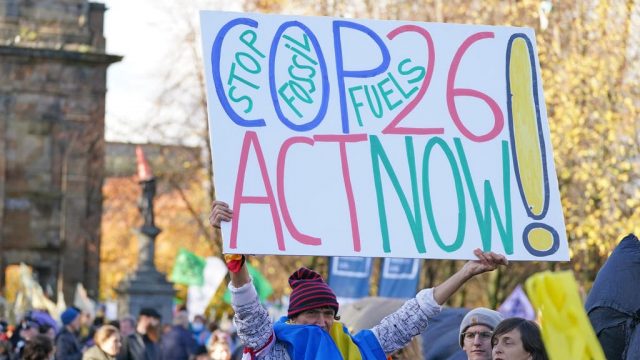 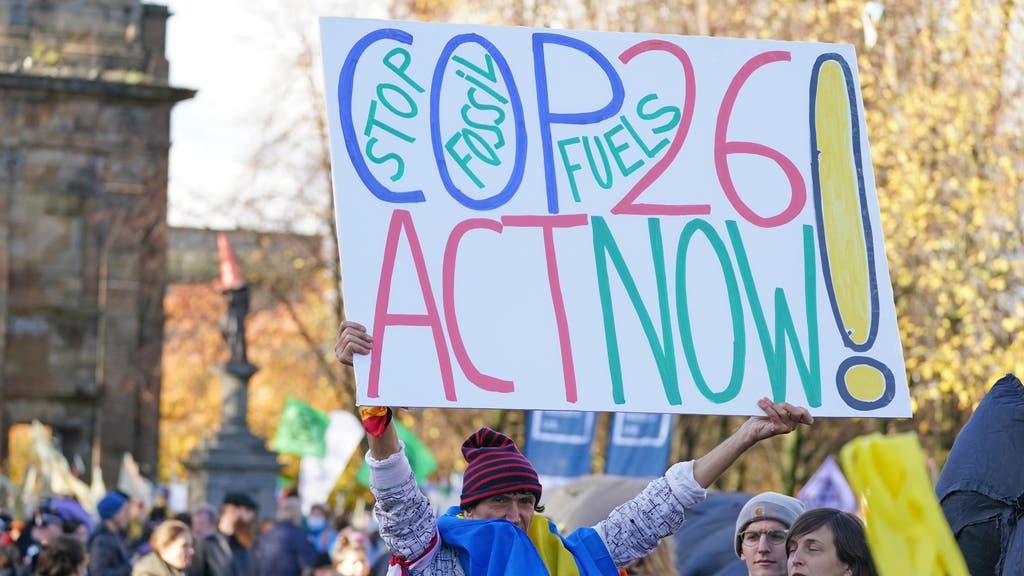 Oct 31: Cop26 is ‘world’s moment of truth’; PM sees no reason for more restrictions; Women worse off in Budget

Cop26 will be the ‘world’s moment of truth’, Boris Johnson said as he urged leaders to use the Glasgow summit to bring about an end to climate change.

With the United Nations summit due to get under way on Sunday, the prime minister pressed fellow world leaders to seize the moment and deliver on the target of preventing global temperatures from rising by more than 1.5C degrees above pre-industrial levels.

Downing Street said Cop26 will be one of the biggest events the UK has ever hosted, with 25,000 delegates expected from 196 countries and the European Union.

Charles tells world leaders of their ‘responsibility to generations yet unborn’

The Prince of Wales will tell world leaders they have an ‘overwhelming responsibility to generations yet unborn’ when he addresses the G20 summit in Rome on the eve of Cop26.

Charles, who has been invited to speak by Italy’s prime minister, Mario Draghi, will also deliver the opening address at the UN climate change conference which opens on Sunday in Glasgow.

Whilst recognising that urgent action on climate change is crucial, the prince is expected to tell G20 leaders in Rome: ‘I am, at last, sensing a change in attitudes and the build-up of positive momentum.’

PM ‘sees no reason’ to activate Covid Plan B

Boris Johnson has said he currently sees no reason to activate the Government’s Covid Plan B, despite the high level of cases.

Speaking to reporters during his trip to the G20 summit in Rome, the Prime Minister said only the Labour Party wanted tighter restrictions at the present time.

His comments follow calls by the NHS Confederation and the British Medical Association, as well as a number of prominent scientists, for ministers to take steps to ease the growing pressures on the health service.

Moving to Plan B for England would mean the return to working at home advice and the mandatory wearing of face masks, as well as the introduction of so-called vaccine passports.

Analysis for the Opposition by the House of Commons Library suggests Rishi Sunak’s Budget, combined with other recent policy changes, will leave women £48 billion poorer.

In workings shared by the library, it estimates that £39.3 billion of the hike in national insurance contributions announced last month to 1.25 percentage points from April to help fund the NHS and social care will come out of women’s budgets.

Women will bear 51 per cent of the costs involved with reducing the pension triple lock to a double lock for a year from 2022/23, it said.

An ambulance service has declared a critical incident in the face of ‘extreme pressures’ and an ‘overwhelming’ volume of calls.

South Central Ambulance Service pleaded with the public to be wise when considering whether to call, reminding people they are to be contacted in the event of life-threatening illnesses and injuries.

The declaration of a critical incident comes not long after hospitals in England were ordered to ‘eliminate’ ambulance queues outside their sites after two deaths were linked to handover delays.

There was no red carpet for Ryan Reynolds and Rob McElhenney, but for Wrexham’s celebrity owners it appeared to be the walk of a lifetime as they attend first match at the football grounds since the purchase.

The ‘sold out’ signs had been put up at the Racecourse Ground before McElhenney and Reynolds entered stage right and strode out to the centre circle before Saturday’s Vanarama National League clash with Torquay United.

Flanked by the FX network cameras, which have shadowed their every move for a forthcoming documentary entitled Welcome To Wrexham, Reynolds took the microphone and paid tribute to his new set of admirers.

Saturday’s Car Dealer headlines you may have missed

Alec Baldwin has spoken publicly for the first time on camera about the cinematographer he fatally shot on the movie set of Rust, calling her a friend and saying he is in ‘constant contact’ with her grieving family.

‘She was my friend,’ Baldwin told photographers on a roadside in Vermont.

‘We were a very, very well-oiled crew shooting a film together and then this horrible event happened.’

Strong gusts coming in from the west will bring a ‘wild start’ to Sunday for many parts of the UK, the Met Office has said.

Wind speeds could reach more than 50mph, with potential for disruption and further wet weather going into the first week of November. Yellow weather warnings for rain remain in place in several parts of the country overnight.

Steven Keats, meteorologist at the Met Office, said conditions would start ‘going downhill’ in the west throughout Sunday.