Home > News > Out of Africa: £1m of stolen cars repatriated to UK from Uganda 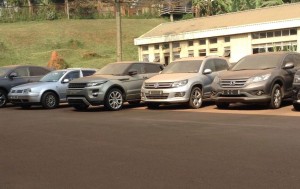 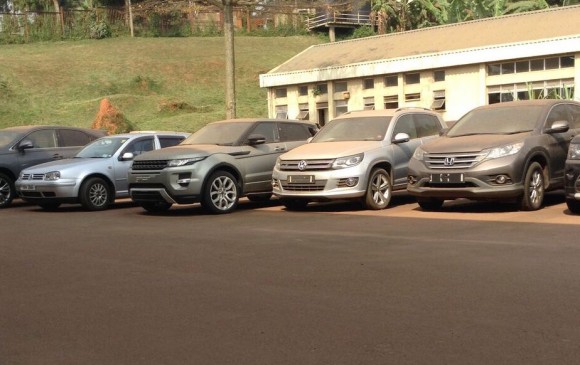 Out of Africa: £1m of stolen cars repatriated to UK from Uganda

A FIRST in the battle against ‘car key burglary’ has seen more than £1 million worth of high-value vehicles returned to the UK from Uganda after being stolen in London in 2015.

The location of the 24 cars, including expensive Range Rovers, Audi Q7s and BMW X5s, in East Africa, was discovered last May after a stolen Lexus was traced across Europe, the Middle East and Africa to expose an international car theft ring.

Many such groups are still operational in the UK with vehicles being stolen to order for customers in Cyprus, Africa and Eastern Europe. 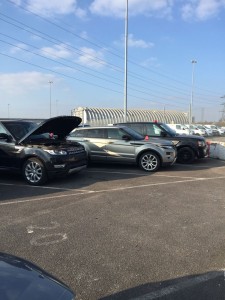 ‘Car key burglary’, where organised gangs target affluent areas stealing cars to order, is a significant issue in the estimated £1.3 billion motor fraud insurance problem, according to the authorities.

Criminal gangs have become astute at blocking conventional anti-theft tracking units, leaving the insurance industry with increased risk and no alternative but to pass the costs on to the consumer with higher premiums.

Twelve insurers, including Admiral, Allianz, Aviva and Zenith, were victims of the Ugandan car ring. The joint public-private operation is a first as the chances of a luxury vehicle being returned if shipped abroad are traditionally very slim.

The success of the operation, which has impeded the criminal network in Uganda to such an extent that it is no longer among the most prevalent destinations for cars stolen from the UK, has seen Interpol approach APU to discuss future interventions across Europe and Africa.

Covering nearly 20,000 miles in containers on their journey from London to Kampala and back, the vehicles eventually began their trip home from a warehouse near the Ugandan capital, through Kenya to a port in Oman by boat, and on to Mediterranean via the Suez Canal before reaching UK waters on Saturday.

Neil Thomas, director of investigative services at APU Ltd, said: ‘This case is a feather in the cap for APU and its forensic capabilities, but it’s also very pleasing that all parties involved were able to achieve some tangible success despite being led thousands of miles across the world in what was considered an impossible task by the police. One of the insurers involved had simply given up.

‘This is the first time such an operation has been run involving this level of international and cross- agency co-operation and it is a real example of how private industry, leading-edge technology and expertise can assist law enforcement. It sets the template for future operations targeting organised criminals intent on stealing mobile assets.’

MORE: Expansion of production will give Nissan ‘free supply’ of Qashqai

On SuperUnleaded.com: Want To See A Phone-Controlled Car? Of Course You Do!