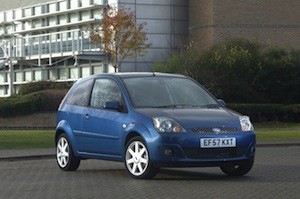 A COUPLE have been sent to prison after working together to swindle buyers out of almost £100,000 in an online car sales scam.

Paul Humphries, 51, and Linda Holden, 55, were running the scam from the Car Prestige Ltd business registered in Pershore, and were both jailed at Worcester Crown Court.

The pair, of Bredbury, Stockport, scammed customers out of a total £94,491, and fled to Ireland and changed their names while trying to run from the police.

According to the Evesham Journal, Judge Michael Cullum told them it was ‘deliberate and calculated dishonesty’.

Humphries pleaded guilty to eight counts of fraud committed between April and May 2011 where he would advertise cars on the dealer section of the Auto Trader website, agree a price with a buyer but then never deliver the vehicle.

The court heard he made a total of £46,891 doing this while his partner in the scandal would make a line of excuses to the unhappy customers before they fled the country.

Defending Humphries, Mark Lister, said that Car Prestige has been a legitimate business but couple had started the scam when they encountered financial difficulties.

After returning to the UK in July last year and being arrested for the crime, the pair started conning people into buying the so-called vehicles while on bail.

After another run and failure to appear in court, the couple were finally arrested in May this year. Humphries pleased guilty to a further six counts of fraud totalling to £47,600 while he was trading as Castle TT Motors Ltd in Lancashire.

Humphries was sentenced to four years in jail, while his partner Holden only pleased guilty to one charge because she was the company director and sole bank signatory for Castle TT Motors’ accounts.

Her defence counsel, Sabina Pathan, told the court that her relationship with Humphries had been abusive and she had been pressured into helping him.

Judge Callum said: ‘It’s quite clear by your involvement in giving excuses and ‘fobbing off’ customers that by the time you entered into the money laundering agreement you were fully aware of Mr Humphries’ fraudulent activities.

‘This is an opportunity for you to reassess the reasons and the individuals which have resulted in your immediate custodial sentence and financial ruin.’