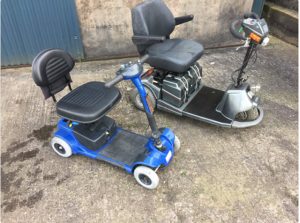 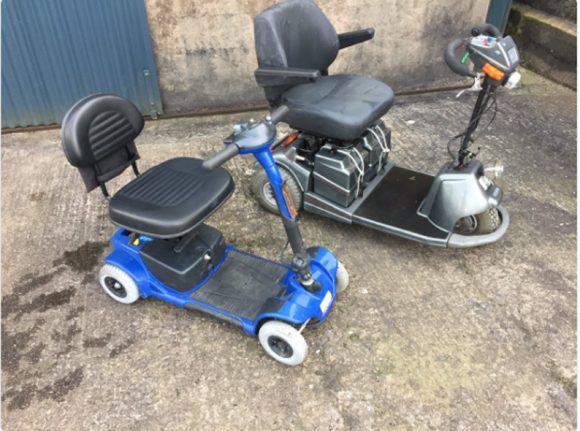 AN IRISH car dealer has been left counting the cost of a crazy part-exchange deal.

Ivan Hamill – who has operated Ivan Hamill Cars in Portglenone, Northern Ireland, since 2002 – accepted a pair of mobility scooters and £1,200 for a 2008 Vauxhall Vectra with 106,000 miles on the clock, leading to the following tweet:

I’ve had some weird and wonderful trade-ins over the years, but today’s are a whole new ball game! 😂😂😂 pic.twitter.com/MSEapeMnDU

Other dealers may well have baulked at such a business proposition – and they’d have done well to, because unfortunately for Hamill his good intentions have fallen flat somewhat…

He told Car Dealer that when he agreed to take the scooters he’d assumed they were in working order. ‘I was going to sell them on but it turns out they’re not working, so that makes the deal even worse. The customer said one worked and the other just needed a charge, but I think the batteries are going.’

And it seems the scooters aren’t going to find a new lease of life any time soon.

‘I don’t think it’s worth the bother getting them back into working order. I might just stick them on a site and ask if anyone wants to make me an offer. I’ll see if I can get anything for them. If not, I’ll get a few quid for the batteries in scrap.

‘It was one of those things where I thought it was worth the chance. If the scooters were scrap I was no worse off and if they were good it’s extra profit. But – story of my life – they were no good!’

If YOU have any bizarre part-exchange stories, get in touch with us on Twitter @CarDealerMag.

On SuperUnleaded.com: Here are the best tweets from the 2017 Mexican Grand Prix