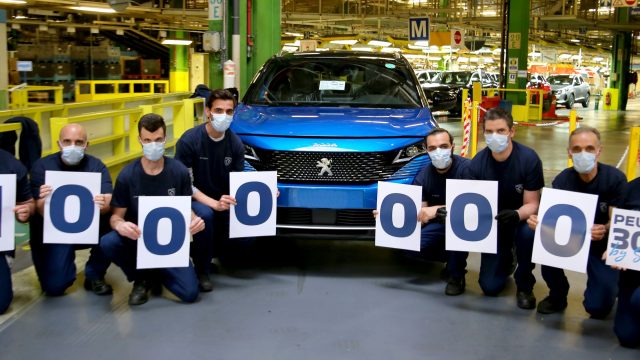 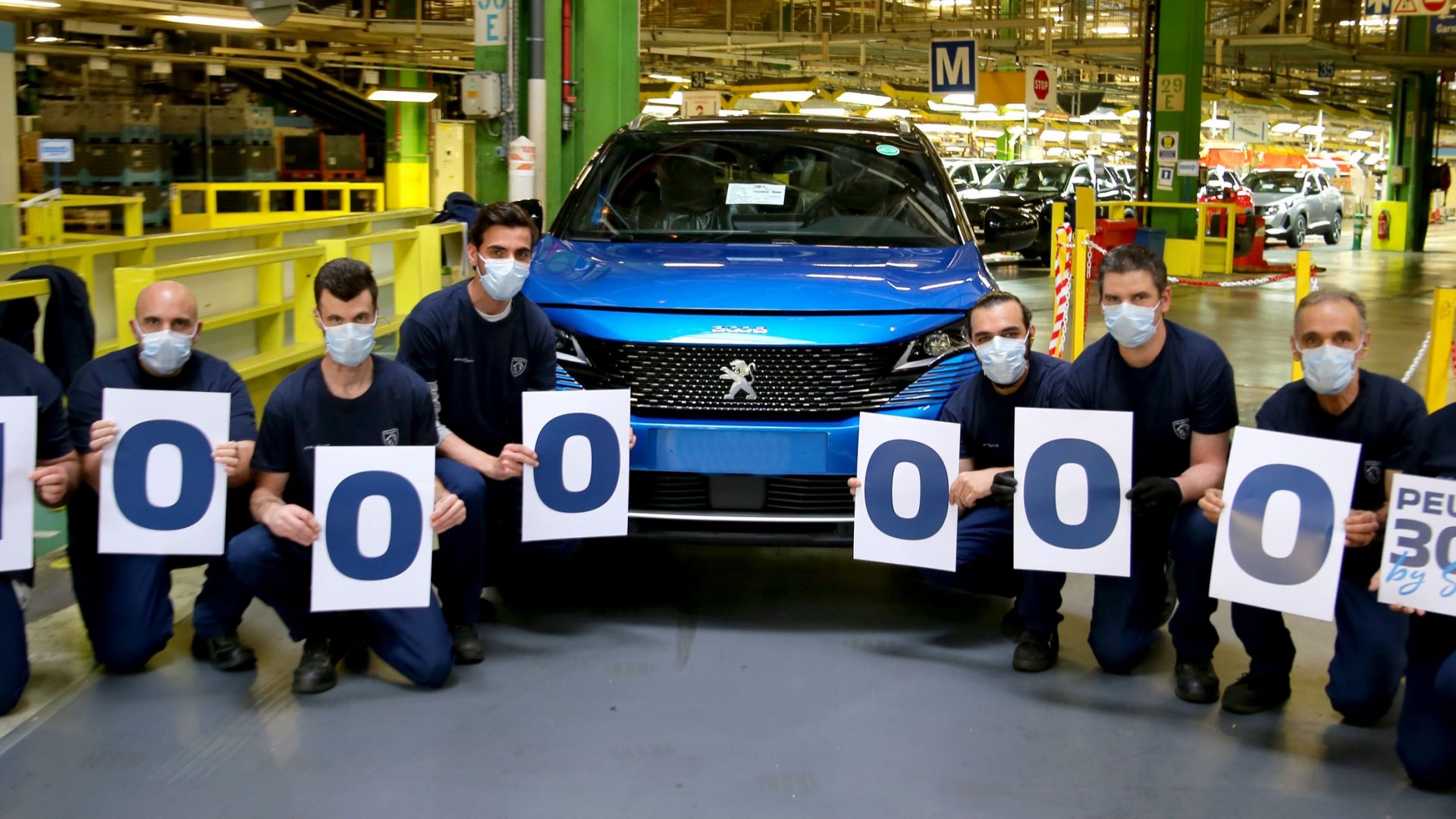 Despite recent struggles in the new car market, Peugeot has announced that the millionth 3008 SUV has rolled off its production line in Sochaux, France.

The model has proved a huge success since its launch five years ago and it now a leader in its segment in its native France.

This year is has also been the second most popular SUV in Europe, which accounts for 65 per cent of all 3008 sales.

Manufactured in both Europe and China, the 3008 other major markets outside include Turkey, Israel, Japan and Egypt.

More than 80 per cent of 3008 sales are automatic gearbox cars, with close to 38 per cent of vehicles being finished in higher, more premium trim levels.

In the UK, the top two specifications have accounted for 53 per cent of sales.

5-years after its launch, the #Peugeot3008, one of the brand’s bestsellers, is already celebrating its 1 millionth model. Employees gathered around the new 3008 #PlugInHybrid which has rolled off the production lines at the #Sochaux factory to celebrate. ➡️https://t.co/QhsLWWb5XE pic.twitter.com/OlFKJZkSRd

It’s currently available with a variety of engines, including petrol, diesel and plug-in hybrid.

It can also be specified with two- or four-wheel drive. Inside, the 3008 features Peugeot’s latest i-Cockpit system and a head-up digital display panel, while a range of driver assistance systems helps to keep the 3008 and its occupants as safe as possible.

An updated version of the 3008 was recently unveiled, bringing a sharper new look with full LED lights at both the front and rear.

A pair of plug-in hybrid setups are available on the new model, with the option of either 222bhp or 296bhp. You get an electric range of 34 and 36 miles respectively with each.