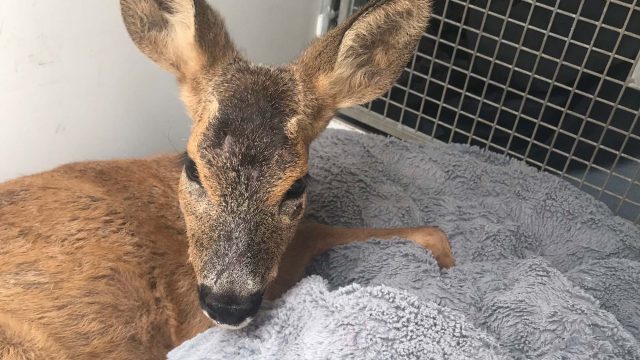 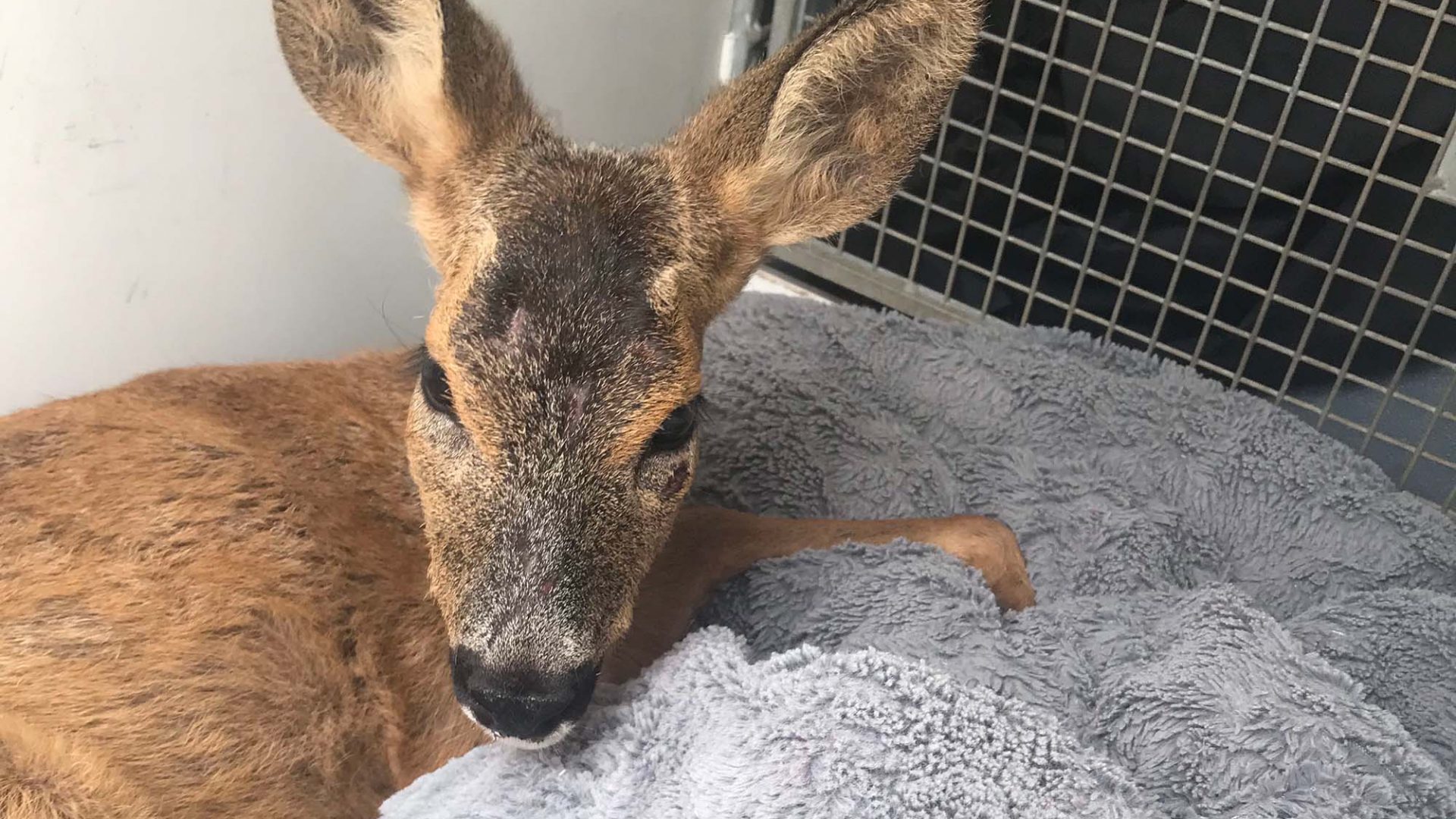 A dealership on Teesside came to the rescue of a roe deer that was hit by a car.

It already appeared to be injured but ran off while being approached to be helped and was clipped by a car, the showroom told Car Dealer.

The female deer was then carried by an unknown person to the dealership, who laid it in front of the building then disappeared, the dealership said.

Concerned staff monitored the deer, believing she would take off after recovering from shock, but when she was still there a couple of hours later, Penman asked receptionist Diane MacPhail to ring the RSPCA, and animal rescuer inspector Gemma Lynch was sent to the scene with a vet.

They managed to get a noose round the animal and took her to Oaklands Vets in Yarm for an examination – where she was promptly named Porsche after the dealership.

An RSPCA spokeswoman said: ‘She was weak so was kept at the vets overnight and found to have no serious injuries, so Gemma was able to release her back into the wild the following day.’

The inspector said the animal had been lucky to escape with no serious injuries.

‘The vets were brilliant in assisting me and I was so pleased Porsche was found to be in good health the following day so I was able to release her back into the wild.

‘She ran off happily, which was so great to see and definitely one of the nicer parts of my job.’

The RSPCA’s advice to anyone who spots a deer or other wild animal in distress is to keep a safe distance and phone the charity on 0300 123 4999.

The spokeswoman said: ‘Do not try and free it yourself. Wild animals can scratch, kick and bite when frightened, particularly if they are injured. You could risk hurting yourself and the animal.’ 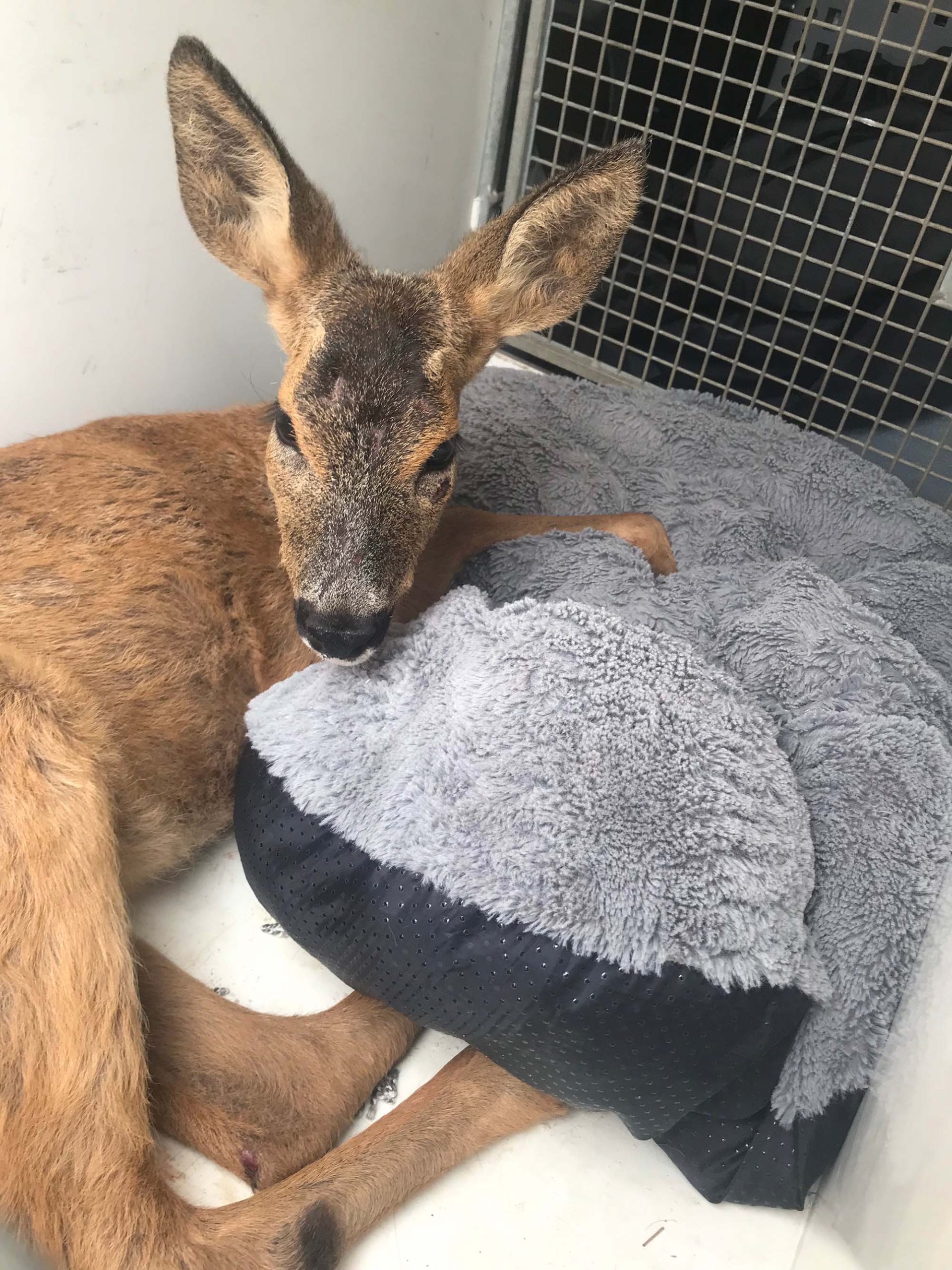 Porsche recovers from her ordeal before being returned to the wild

Pictures and video courtesy of RSPCA