Home > News > Be quick off the mark to clinch that sale…

Be quick off the mark to clinch that sale…

IF you want to clinch that all-important sale, be prepared to be quick off the mark…

That’s the findings of new research from car search network Motors.co.uk, which shows a swift and knowledgeable dealer response is crucial for clinching a sale.

Findings from the study showed 96 per cent of customers would typically contact more than one dealership when researching their next purchase – exactly the same percentage as March 2013.

All of them expect a reply within 24 hours, with more than a quarter of respondents (27 per cent) expecting a response within one hour of the initial enquiry.

So it’s clear – if you delay in replying to the customer enquiry, the chances are your competition won’t, and the potential sale will be lost.

When it comes to the content of the response, 89 per cent of consumers would expect confirmation the vehicle is still available, while 71 per cent would want the direct contact details of the salesperson. The same number would want to be given opening times, while almost half (48 per cent) would expect to receive information on similar vehicles available. 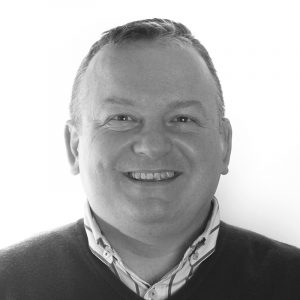 When it comes to in-car technology, the most sought-after feature is parking sensors (69 per cent), followed by Bluetooth (65 per cent), USB charging point (63 per cent), in-built sat-nav (60 per cent), digital radio (55 per cent) and parking cameras (33 per cent). Bluetooth connectivity has risen in demand in line with the ever-growing smart technology on the market, increasing from 45 per cent in 2012 and 53 per cent in 2013.

Andy Coulthurst, managing director of Motors.co.uk, said: ‘When choosing the right vehicle, the timeliness of the dealership’s response clearly has a bearing on customer decision. So too does the knowledge level of the salesperson. From our research, we can clearly see consumers want as much information as possible, as quickly as they can get it.

‘Consumer expectation is higher than ever, with many expecting a prompt reply. Dealers need to be able to respond within a short window of time. While we know dealers have the expertise, they also need to remember the basics. Direct contact details, vehicle information and dealership opening times all need to be included in responses and can be influential on a customer’s final buying decision.’

MORE: In Baggott’s Britain, the car industry can help beat the battle of the bulge

On superunleaded.com – Watch Quite Possibly The Slowest Car Chase Ever