A SALESMAN who sold cars with false service histories at his roadside dealership has escaped jail.

Gordon Angelo, who traded as Part X Motors in Gosport, Hampshire, was told by the judge at Portsmouth Crown Court that he showed ‘little remorse’.

Angelo, 45, pleaded guilty to two offences of fraud, by making a false representation in relation to four cars for selling vehicles with false service histories, and received an eight-month suspended sentence.

He had advertised his cars on AutoTrader and his own website.

The News, Portsmouth, reported Recorder Nicholas Atkinson QC as telling Angelo: ‘It is clear there isn’t a great deal of remorse on your part. 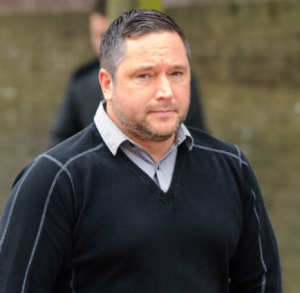 Gordon Angelo outside the court
Picture: The News, Portsmouth

‘You have difficulty accepting the blame and distribute the blame to others. These are serious offences. We cannot say you are of previous good character but I have taken into consideration the fact you have kept out of trouble for a number of years.’

Recorder Atkinson sentenced Angelo, of Pettycot Crescent, Gosport, to 12 months but reduced the sentence to eight months for his early guilty plea. He was also sentenced to complete 84 hours’ unpaid work and to pay £100 victim surcharge.

At a previous court hearing, it was established that Angelo sold cars with false service histories and fake service stamps. A Renault Scenic had three fake stamps and was sold for £4,780 while another, a Ford Fusion, had false stamps put in for 2010, 2011 and 2012. A Saab was also sold for £2,926 but the buyer got just £200 when she returned it after it had faults.

A Hampshire Trading Standards’ investigation found another customer bought a car with three stamps reported by the previous owner to be false. There was no suggestion Angelo had sold cars that were in a dangerous condition.

On SuperUnleaded.com: European Road Trip So Good It Was Created By A Scientist