Home > News > Revealed: The used car models that made for a mad March 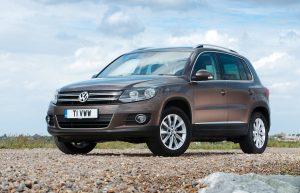 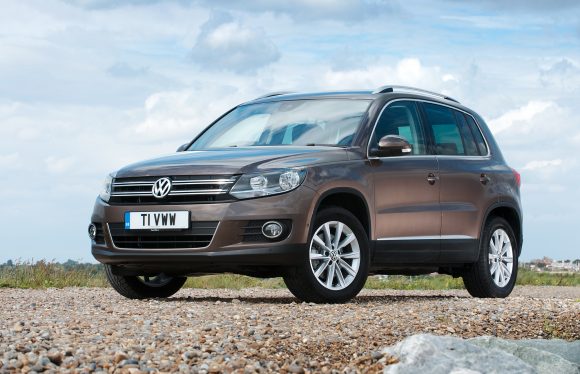 While March marked a year since the start of the global pandemic, news that the country would be coming out of a prolonged lockdown in April meant time to think about the road ahead.

With forecourts in England and Wales reopening today (Apr 12), dealers have been snapping up some great deals on our platform in preparation.

As a result, we have seen more stock than ever pass through our platform, providing quality privately owned cars at great prices for all our dealers.

While February was a great month for quality stock, March stock levels grew to unprecedented levels – 50 per cent greater than the previous month.

Consumer appetite for selling their car online, in preparation to upgrade to something better, has reached an all-time high for us as private owners start making longer journeys to see family and friends.

The majority of this stock was in the £5-15k tiers, but the sub-£5k bracket still held strong, with some incredible cars available.

With so much stock passing through our daily sales, there were some amazing deals to be had, with even some prestige brands such as Audi, Porsche and BMW going under CAP at times in the lower tiers.

In fact, the only tier that went for over CAP, on average, was £75-100k, and even then for no more than three per cent.

This value bracket did get the most bids however, averaging 16 bids per car. The £50-75k and £40-50k tiers also attracted a lot of bids, both averaging eight bids per car.

However, the highest number of bids went to a Jaguar F-Type in the £20-30k tier, with 49 bids, resulting in the car going for an incredible 24 per cent over CAP.

As in previous months, when it comes to specific brands, the highest stock levels still came from the usual suspects, namely BMW, Ford, Volkswagen, Mercedes, Audi and Land Rover.

On average, they all went for CAP or just under CAP in March – providing dealers with some fantastic stock at an even better price.

Porsche was the only brand that went on average more than one per cent over CAP, achieving five per cent with around 10 bids for each car.

One dealer did very well, securing a Ferrari F430 in the £50-75k tier for just 82 per cent of CAP, despite competition from other dealers.

But which individual car model got dealers hot under the bonnet in March?

In February, it was a Mini Cooper that hit the top spot. But in March, it was a slick-looking Porsche 911 Carrera in the £15-20k tier that caused the most buzz.

It was a 2003 model in superb condition with 63,000 miles on the clock and, as such, would have been viewed as a bit of a vintage classic.

Dealers battled it out in the auction, with the winning bidder securing the car for an astonishing 42 per cent over CAP.

The Porsche was followed by a Volvo C70 which was next in the list – this time in the sub-£5k which went for 40 per cent over CAP.

This car was also in excellent condition, with one keeper and a full set of main dealer services.

Its age coupled with its good condition and low mileage meant it fell into the ‘nearly new’ category, which has been performing better than ever over the last year.

Half of the top 10 in March was made up of sub-£5k cars, but the top 20 included cars from higher value tiers, including a Ford Mustang in the £30-40k tier that went for 20 per cent over CAP.

Porsche, Audi, BMW and Mini were the most popular brands in the top 20, demonstrating whatever the price range, dealers are still looking for high-end brands to fill their forecourts for April.

The worst-performing car in March was a BMW 318 in the sub-£5k tier, which went for just 65 per cent of CAP.

This car had high mileage and significant damage, which we estimated would require around £1.5k of prep work.

A Volkswagen Polo, also in the sub-£5k tier, also performed badly in March, going for 66 per cent of CAP.

There are a lot of cheaper, older cars in the market right now, and there was a fair bit of damage to the body of this old-stager, with all four alloys having issues, which never goes down well in our sales.

Lastly, a Volkswagen Transporter in the £15-20k tier came in third place, going for 71 per cent of CAP.

Whereas vans have been achieving excellent prices recently, especially in the current climate, this particular van had a lot of independent services and required prep work of around £1,000.

Motorway looked at all the vehicles in the month of February 2021 to see which specific individual vehicles fared the best at auction, driving the final sale price up and over CAP. 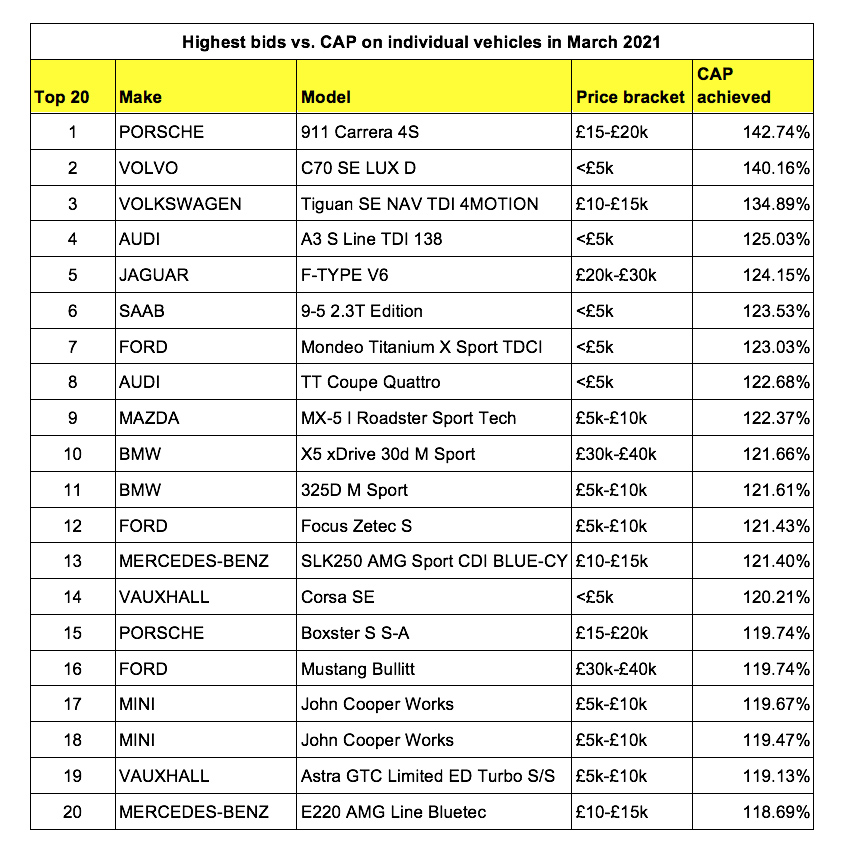 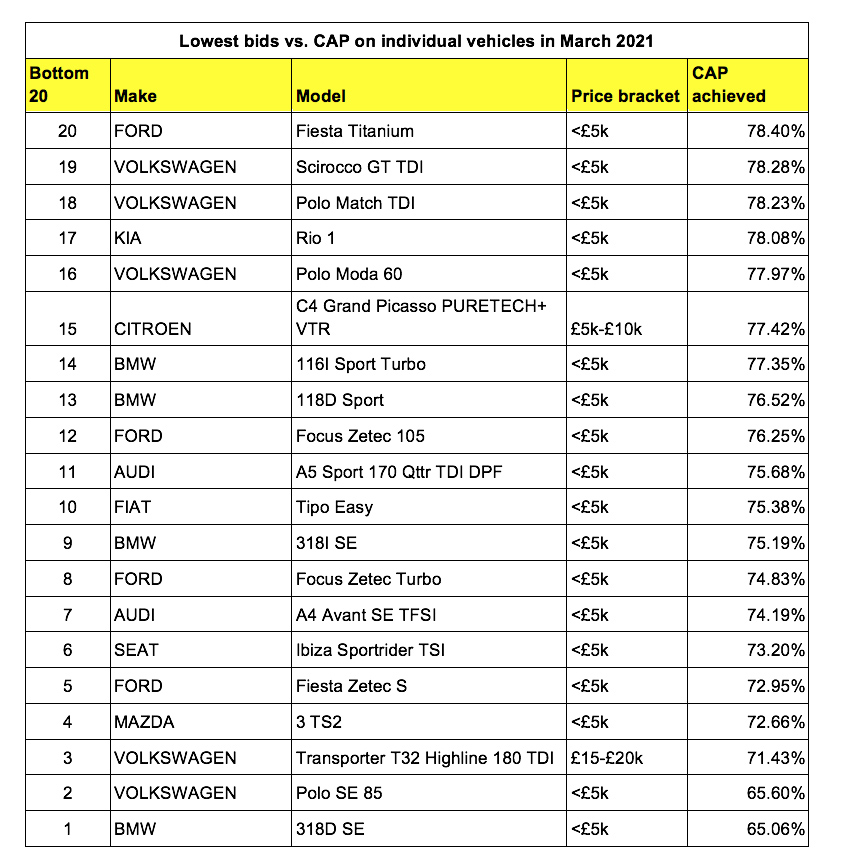 If you want to stay ahead of the competition and buy exclusive, privately-owned stock, sign up to Motorway here.

We’ll be back next month to look at how April performed and which cars are ‘hot or not’ once again.