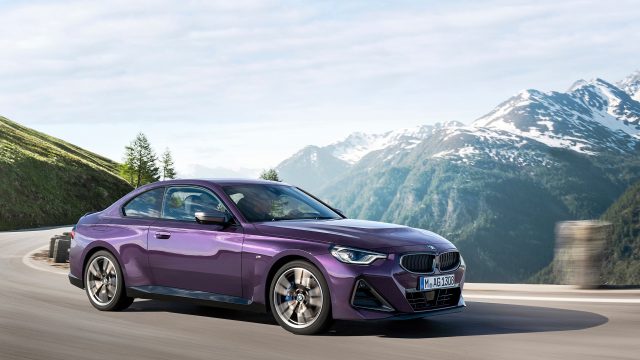 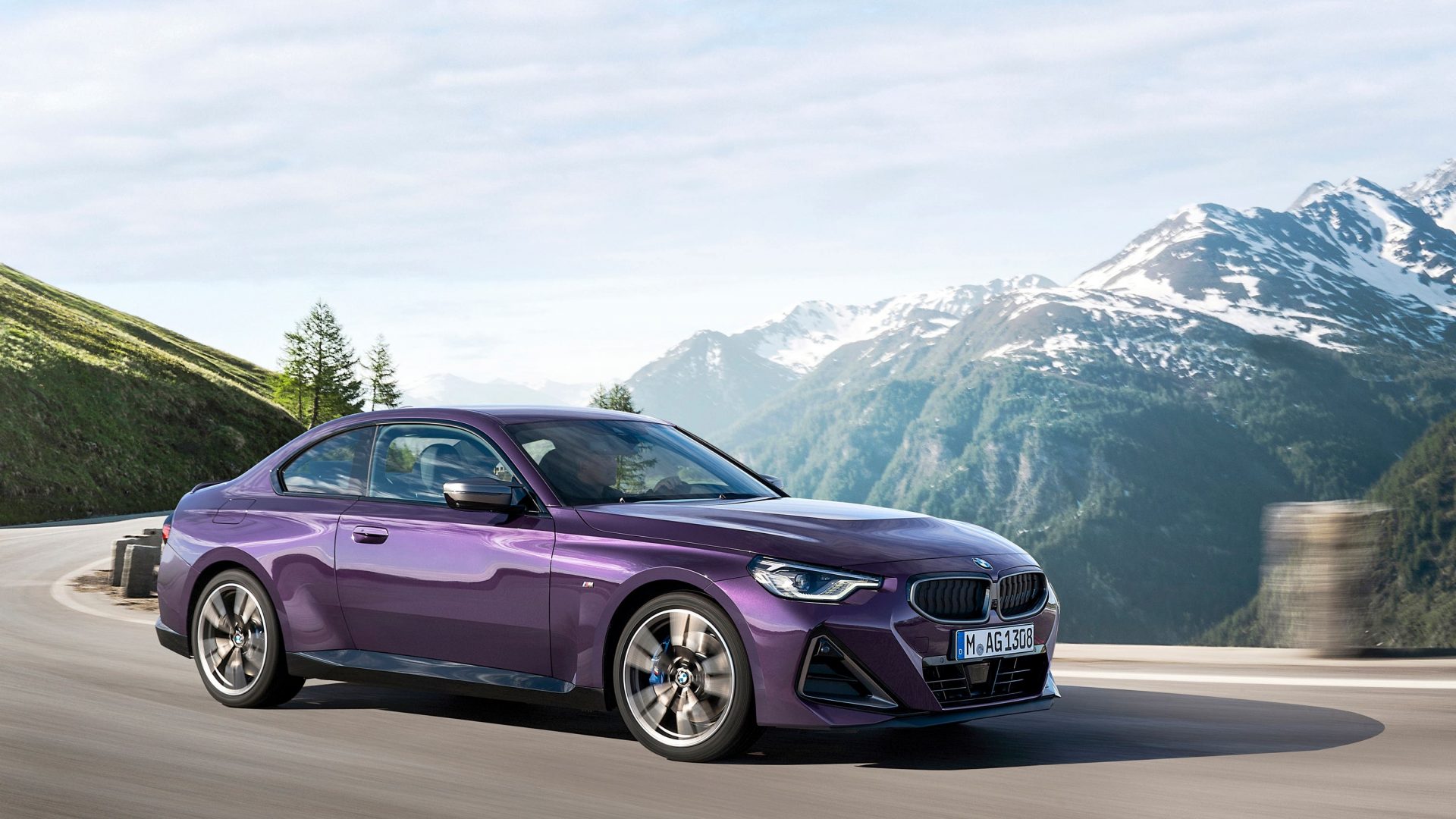 Review: Is the new BMW M240i the perfect daily driver for car enthusiasts?

Since it launched in 2014, the BMW 2 Series has largely been a model without too many direct rivals.

While some may argue that the Audi TT is a competitor, even then, it’s unlikely there will be too many cross shopping between the two.

Despite this – or perhaps because of it – the 2 Series has carved itself out as an essential part of the BMW line-up, offering driving enthusiasts a small, stylish coupe that’s great to drive.

Now BMW has launched a new model and we sent our man Darren Cassey to Germany to see if it is any good.

Those familiar with the look of the 2 Series will see that there’s been a pretty comprehensive redesign on the outside. It’s not just aesthetic either, with improved aerodynamics reducing lift by 50 per cent.

It’s also a good chunk bigger than its predecessor, with an updated interior that has more kit than before. There are also mechanical upgrades that make this more fun to drive, such as the M Sport differential fitted as standard to M240i models. The M240i we’re testing today has an in-line six-cylinder engine that makes 369bhp feeding all four wheels through a rear-biased system designed to provide a more agile feeling. 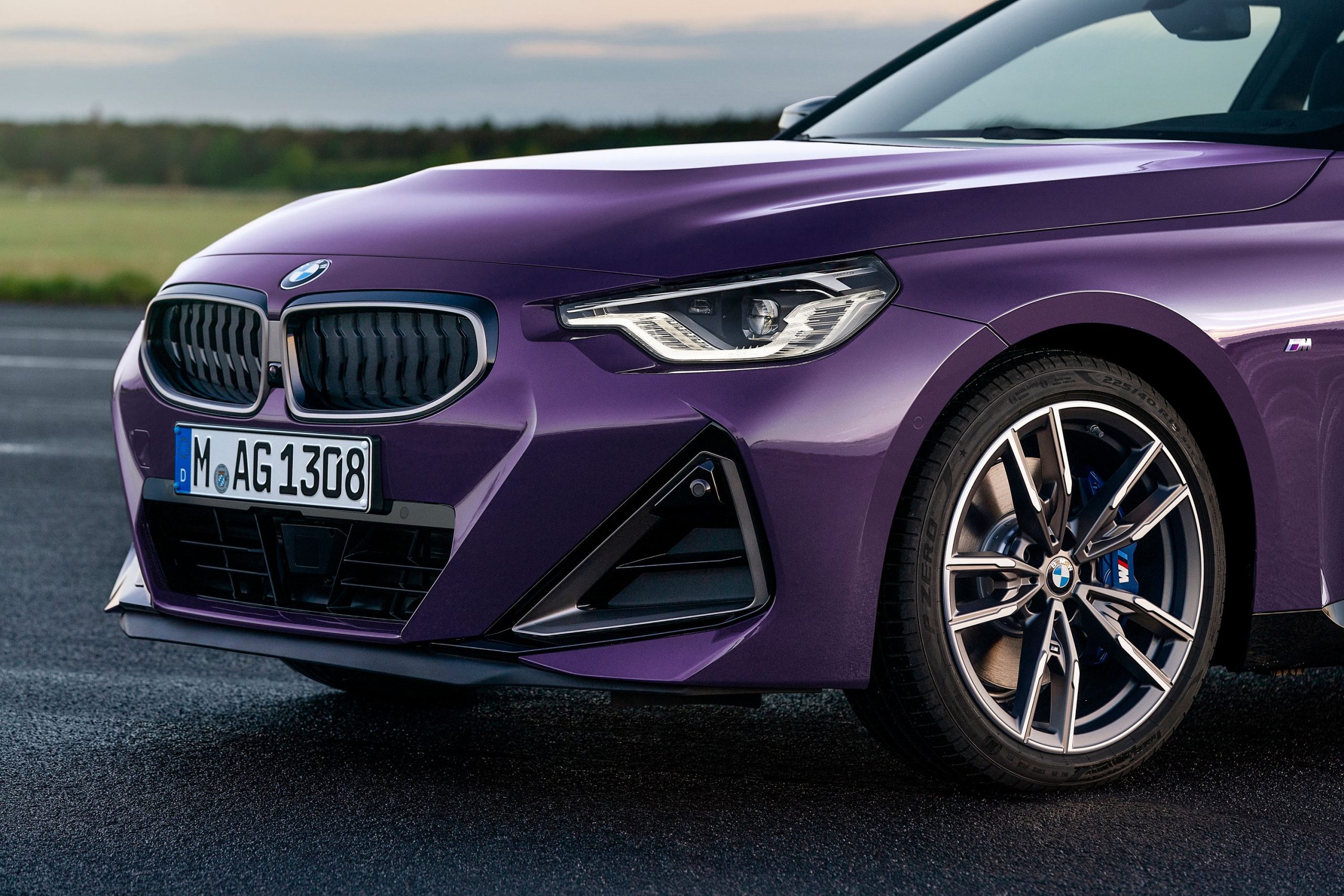 The M240i has traditionally provided an excellent bridge between the regular 2 Series models and the hardcore M2 performance car, and BMW has done a great job of continuing that ethos despite the switch to all-wheel-drive.

The engine has an impressively aggressive tone and fantastic pace. That 4.1-second 0-60mph time feels totally achievable as you plant the accelerator to the floor and feel all four wheels bite into the road and shoot you forward.

The steering is light and fairly uncommunicative, but there’s plenty of grip to be found with a keen turn-in. Once you get confidence in its abilities, it’s easy to carry impressive speed along a curvy B-road despite the fact that it’s also capable of being a comfortable car for daily driving duties. 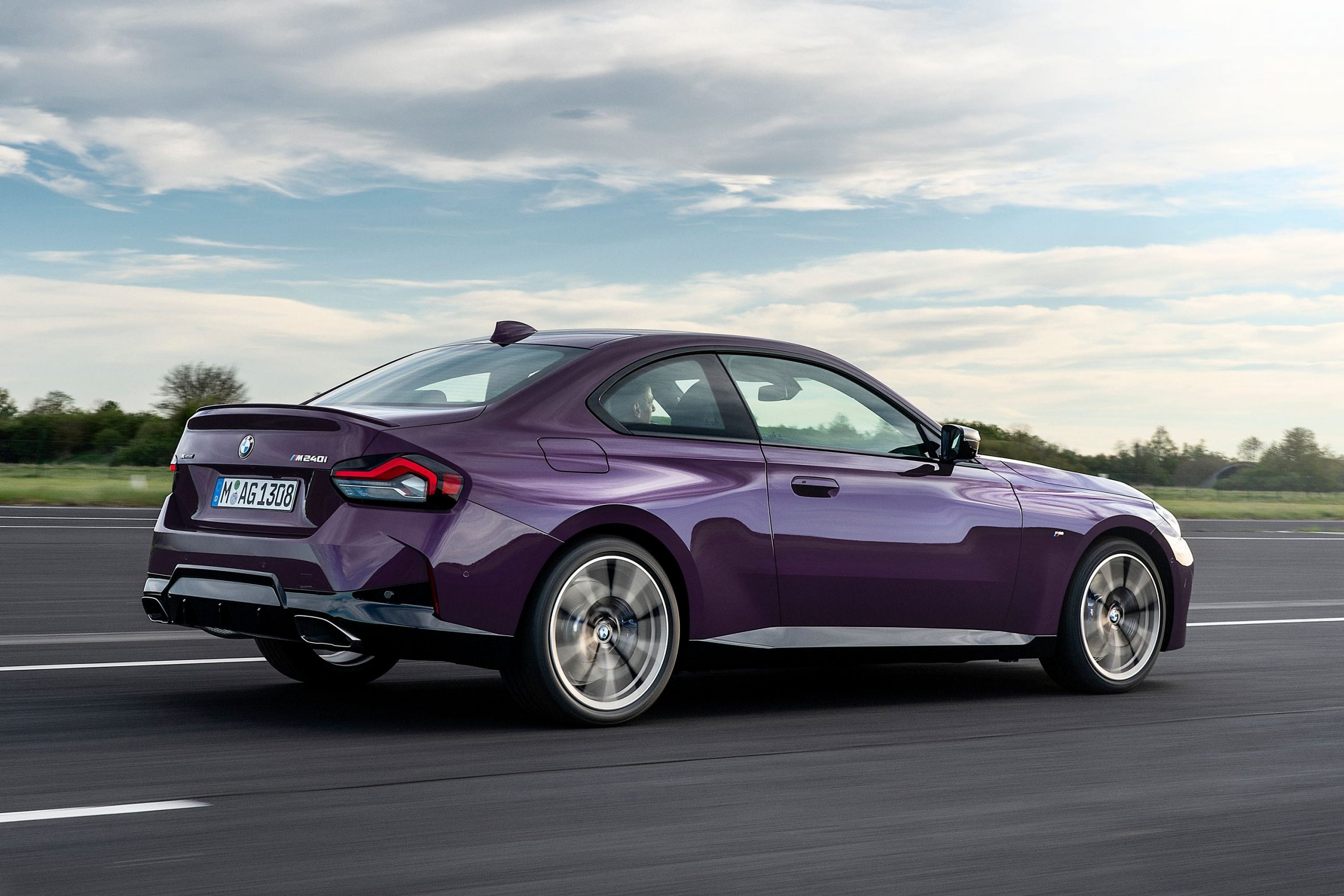 BMW has been ruffling a few feathers with its styling in recent years. While I don’t get the hate the 4 Series front grille has been subjected to, I must say the new 2 Series’ rear end is what you’d politely call ‘challenging’. There are some appealing creases in the metalwork but the lights are pulled too far to the edges giving it awkward proportions.

It’s a shame, because the front looks great, particularly in M240i form with its wide, narrow grille, large triangular air intakes and circular headlights designed in homage to the classic 2002 model.

Inside there can be few complaints. The driving position is excellent, sitting fairly low but still giving a good view of the road ahead, while everything you touch is intuitively placed and trimmed in soft-touch materials.

The backlit door panel trim is a bit of a gimmick but a nicely executed touch, while the standard sports seats are comfortable yet cosseting. There’s an 8.8-inch touchscreen display that’s decent enough to use but feels slightly dated compared with the latest system on the firm’s newest cars, while a digital instrument cluster is also included.

Unsurprisingly for such a compact car, rear legroom and headroom is not great, so don’t expect taller passengers to be happy on longer road trips. However, the boot is actually 20 litres larger than its predecessor, now at 390 litres, while this can be increased by folding the rear seats flat. 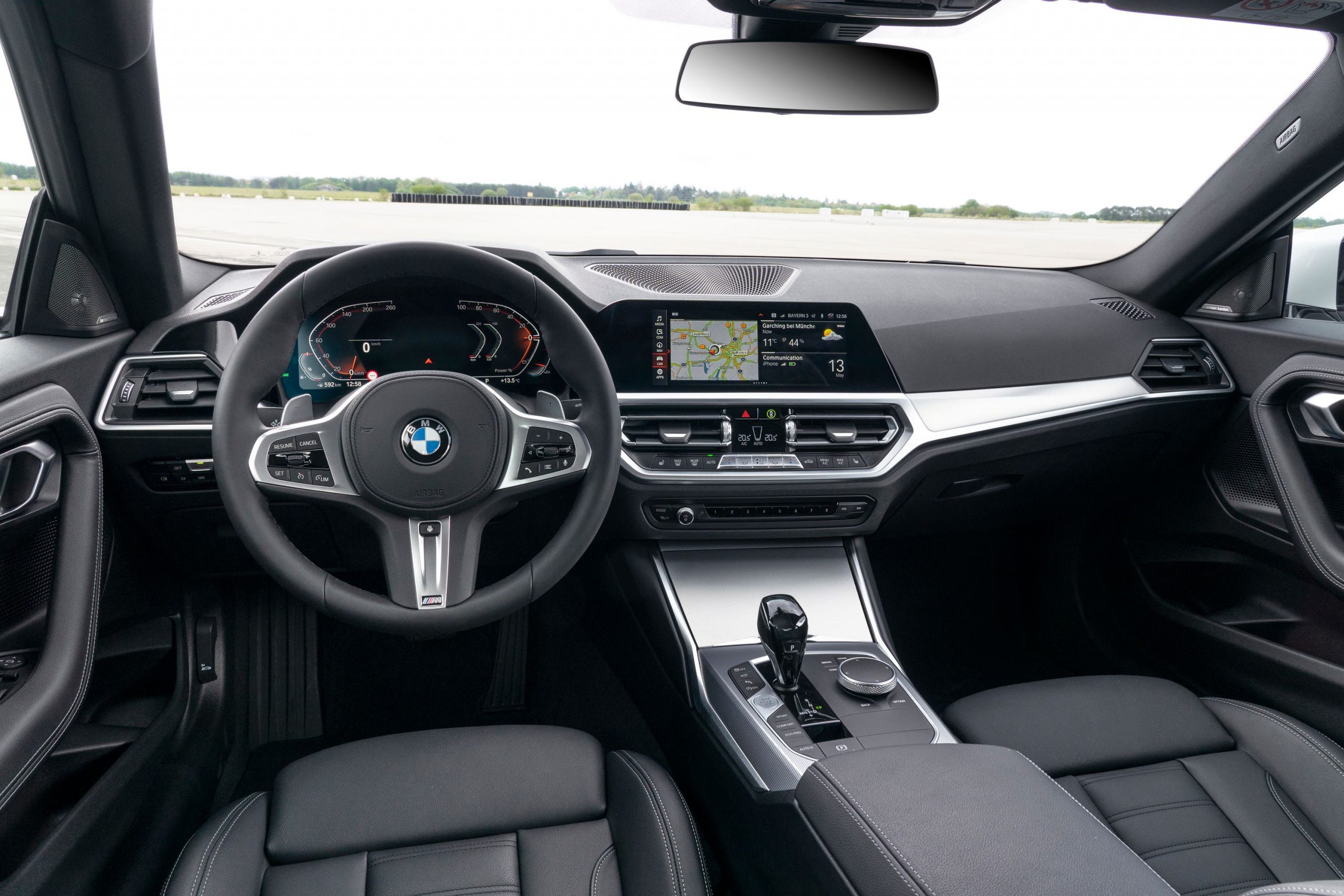 The M240i starts at £45,795 and brings a sporty look, mechanical upgrades for improved performance, and larger 19-inch alloy wheels. There’s also an M240i Pro Pack for £1,700 that adds features such as black exterior trim, a Harman/Kardon sound system and black alloy wheels. 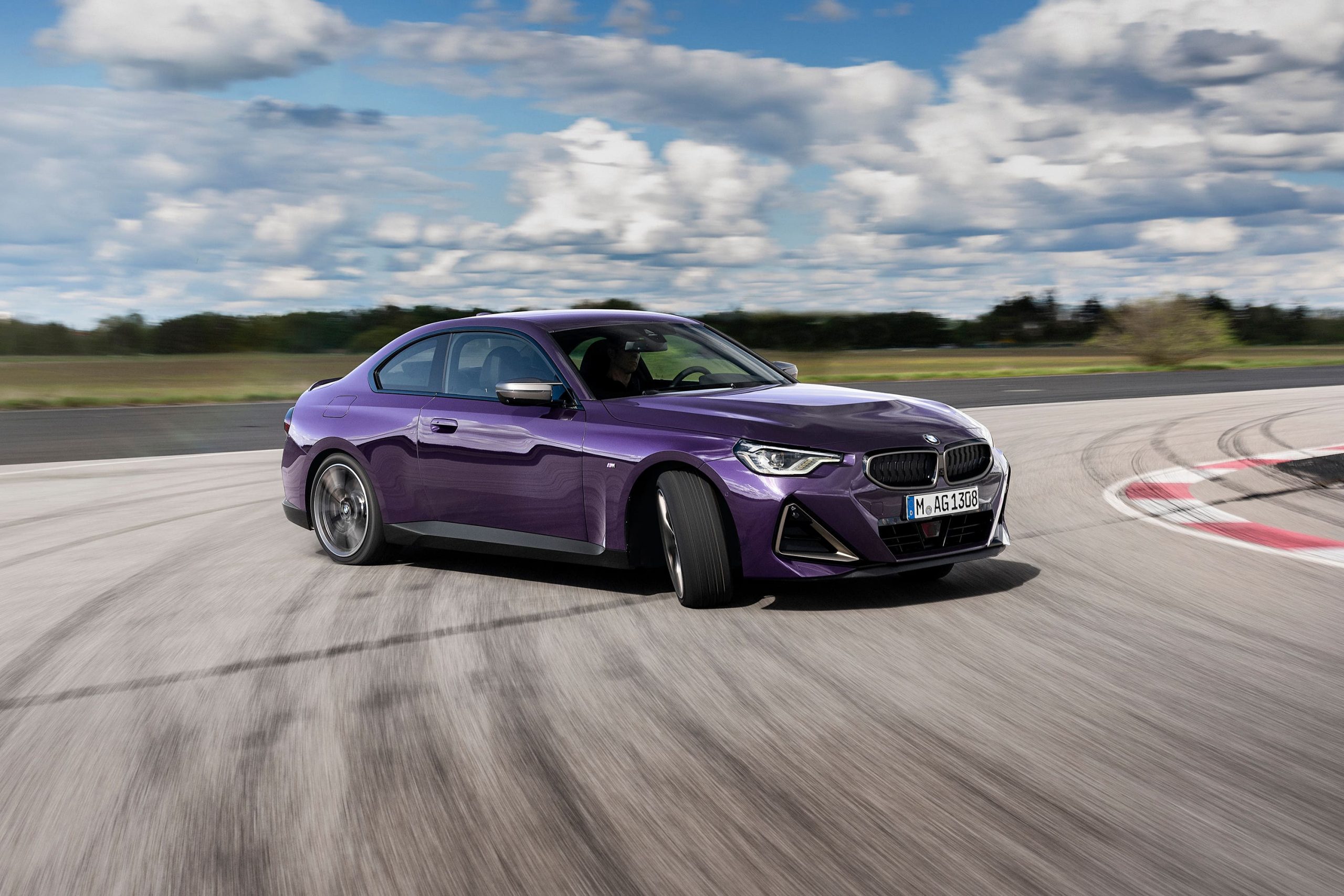 From behind the wheel BMW has another hit on its hands with the M240i. The fact it’s not even a full M car but can get to 60mph in about four seconds is hugely impressive, while the all-wheel-drive system provides a decent level of security and agility that will make even winter runs fun.

We’re yet to test the lesser-powered model but would be surprised if the impressive levels of refinement don’t translate well. While it’s not ideal for those who carry passengers, if you’re looking for something fun and fairly practical without extortionate running costs the M240i makes a compelling case for itself.