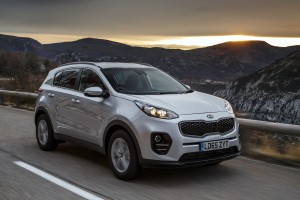 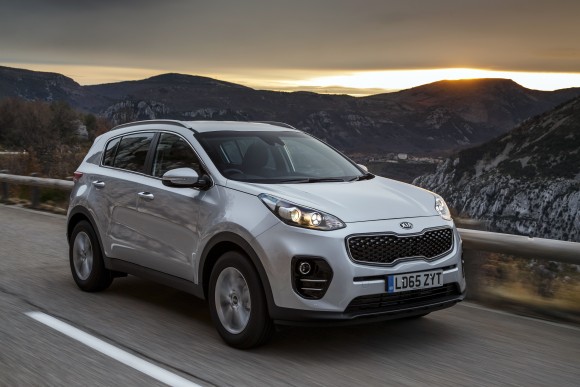 Jack Evans heads to Nice to try out the latest version of the popular SUV. With a more grown-up drive, has it lost its charm?

The Sportage is a big car for Kia. Now in its fourth generation, the popular SUV is looking to reach even higher than before, adding extra equipment and a more grown-up drive to an already potent mix of value for money and reliability. Offered in both two wheel and four-wheel- drive, the Sportage has been Kia’s best-selling car in the UK, and the carmaker will be looking to keep it this way.

There’s four engines to choose from, so drivers are given plenty of options from the off. We drove the 1.7-litre turbocharged diesel, mated to a six-speed manual gearbox. Kia says that this engine accounted for half of previous Sportage buyers – and we think it’ll be no different for this car. Though there’s a larger 2.0-litre unit – along with an automatic gearbox – the 1.7 seems the sweetest of the bunch. It offers 114bhp and 280Nm of torque, which is more than enough for the average user. With a combined consumption figure of 61.4mpg, as well as an emissions reading of just 119g/km CO2, it’s very efficient, but doesn’t feel breathy or short on power.

The previous generation Sportage could always keep its head held high because of the way it drove. Thankfully, the latest generation can keep it there. It’s an impressive car on the road – there’s very little body roll through corners, the steering is accurate with a surprising amount of feel and there’s not too much road noise either. The 1.7-litre engine is refined and quiet at low speeds, but emits a relatively pleasant sound when speeds increase. The manual gearbox is definitely the one to go for – the automatic is a little dim-witted, especially when pulling away from junctions.

It’s ‘good value for money. It’s on trend, being a crossover. And it’s safe to buy because it comes with the back-up of a seven-year warranty’, says Autocar.

The latest incarnation of the Sportage is just as impressive as its predecessor. Kia needs to be wary about pricing itself too high – with the highest-spec car hitting £30,000. But there’s no doubt the Sportage will be popular, and it has every reason to be.