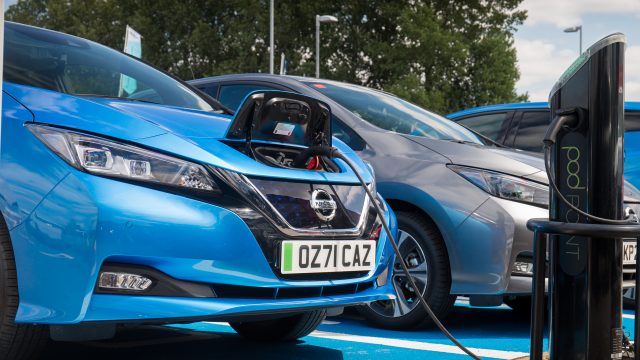 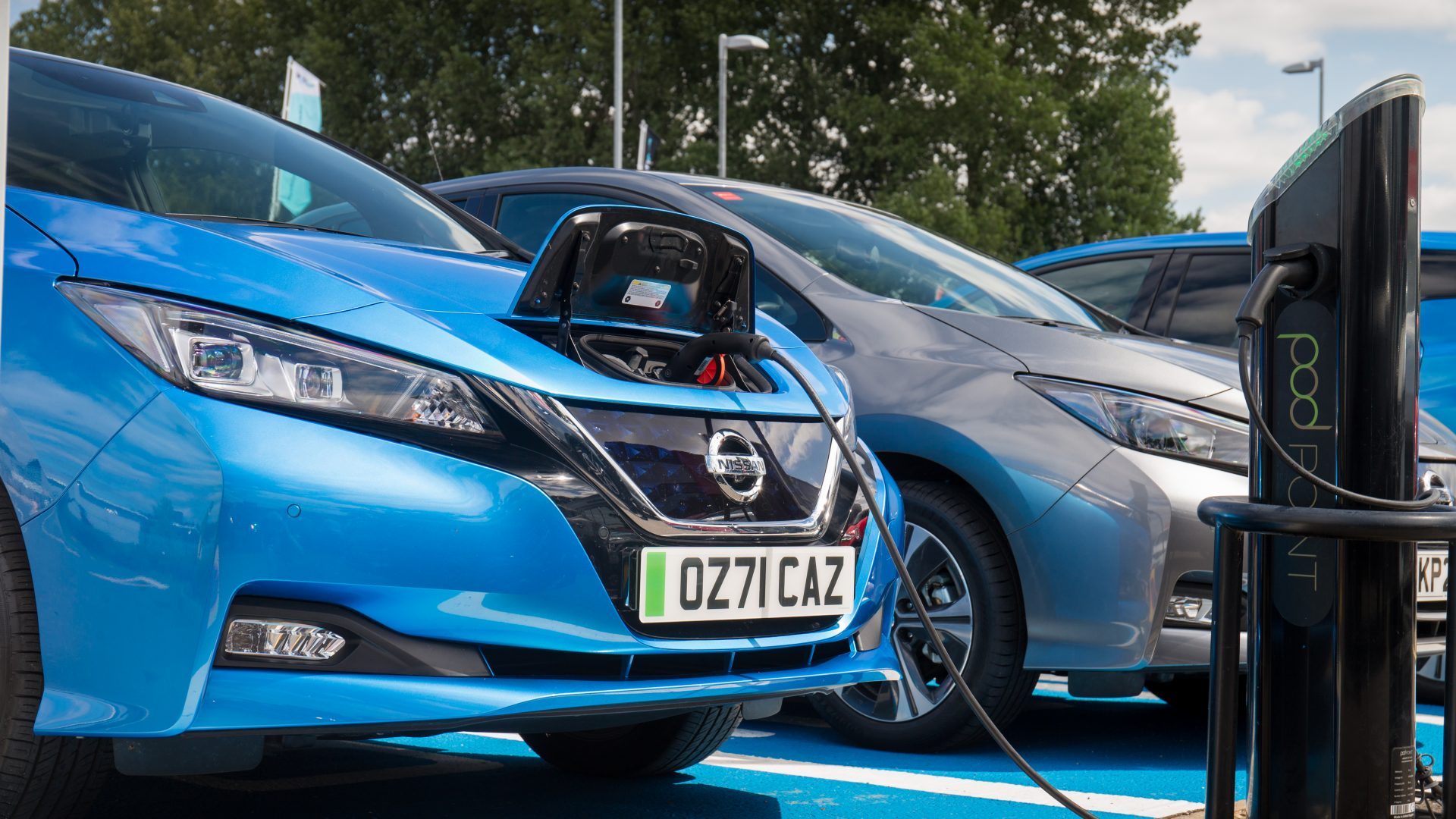 Adverts for EVs saw an enormous spike in traffic over the weekend as motorists continue to grapple with the ongoing fuel crisis.

Auto Trader says that advert views for used EVs shot up by 61 per cent between Friday and Sunday when compared to the previous weekend.

Ads for new EVs were also up by 28 per cent with drivers seemingly keen to turn their backs on petrol and diesel powered cars.

Up until the weekend, EVs made up 16 per of all new car advert views on the online marketplace throughout August.

That has now increased to a staggering one in four – around 24 per cent – shooting up from around 15 per cent on Wednesday.

The share of used adverts increased from 1.7 per cent to 3.1 per cent.

The most viewed model was the Hyundai Ioniq 5 which saw its views rise by 40 per cent in just one week to 18,661.

Other popular EVs included the Ford Mustang Mach-E on 9,332 views over the weekend – up 12 per cent on a week prior.

The top three was completed by the Mercedes EQA which was viewed 8,564 times – up 21 per cent.

Ian Plummer, commercial director of Auto Trader, said: ‘We are all familiar with the idea of range anxiety, but the events of the past few days mean we are entering the age of fuel anxiety.

‘A result of which led to a massive surge in consumer engagement for electric cars on our marketplace over the weekend.

‘Not only did the number of advert views for new and used models increase a record 28 and 61 per cent respectively versus the previous weekend, but we also saw a huge uplift in the number of people sending enquiries to retailers, with one sent every two minutes.

‘This suggests that people aren’t simply flirting with the idea of electric but have been encouraged to actively pursue a purchase.

‘Accordingly, we expect retailers with electric stock to do particularly well this week.’

Aside from the fuel crisis, Plummer believes EVs are benefitting from more ‘cool’ and aspirational models being launched.

Despite this fact, he does not expect the current boom to represent a major step towards the government’s road to zero ambitions. 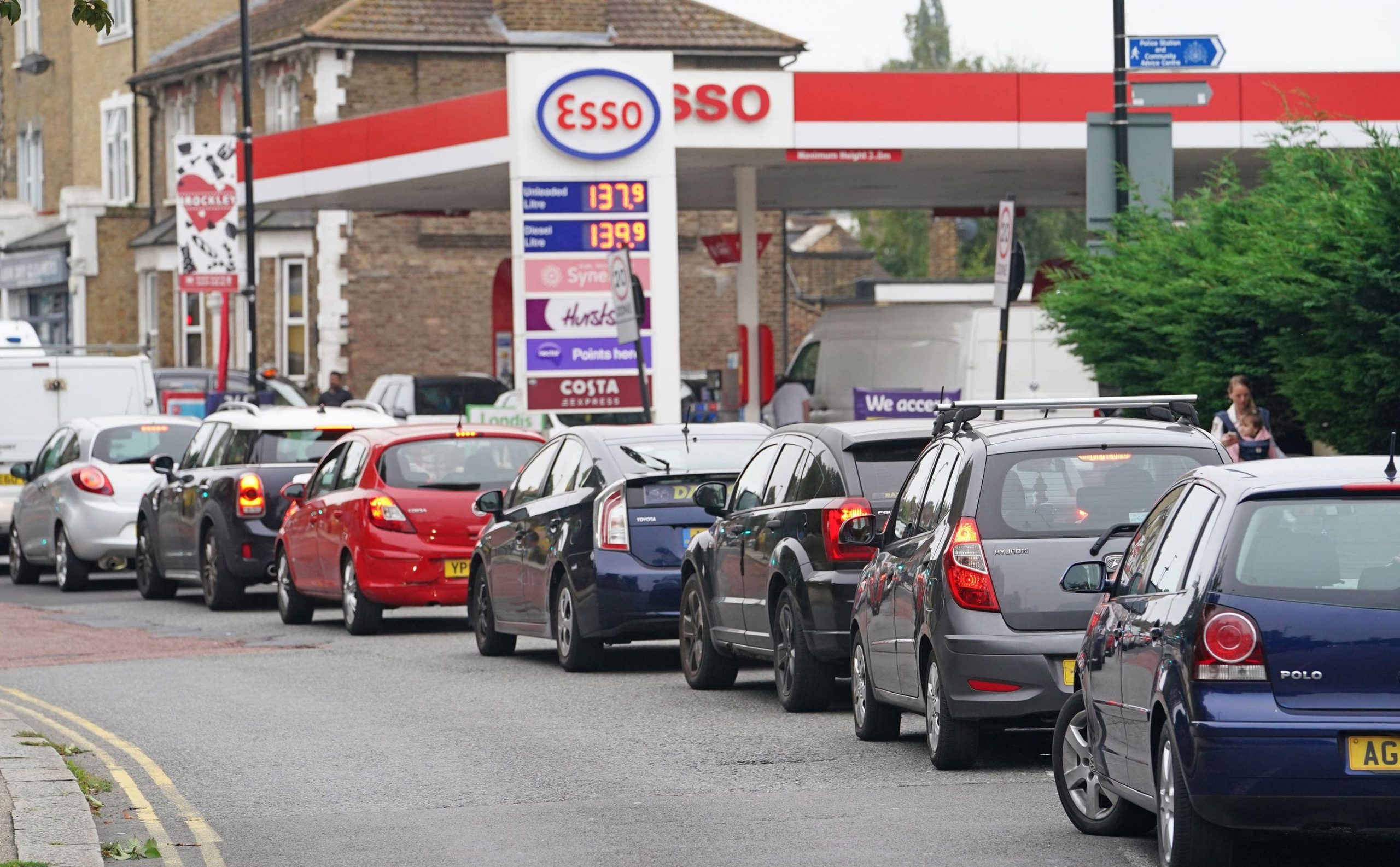 He added: ‘This weekend four out of five of the top performing new cars on Auto Trader were electric, with the Hyundai IONIQ 5 coming out top, followed by the Ford Mustang Mach-E.

‘The launch of these cool and aspirational models have been key to shifting the consumer perception of electric.

‘This has been accelerated further by the significant increase in advertising among manufacturers, which is helping to drive awareness and dispel lingering myths.

‘However, despite this boost in activity, it’s unlikely to represent a major step towards the government’s road to zero ambitions.

‘That’s because electric cars are prohibitively expensive for the majority of people, and despite the significant increase in range performance among new models, capable of reaching around 250 miles on a single charge, concerns of an inadequate charging infrastructure remain.

‘To make them a genuinely viable option for mainstream buyers, we need more commitment to provide greater incentives to deal with the upfront cost, as well as more investment to improve the national infrastructure to support both those rare long journeys, and those without access to home charging.

‘Concern about petrol availability won’t end when the pumps start up again, and so this increased interest represents a unique opportunity to inform, to excite and to incentivise car owners to make the switch.

‘If the government is serious about reaching its 2030 targets, then it is one it can ill afford to miss.’