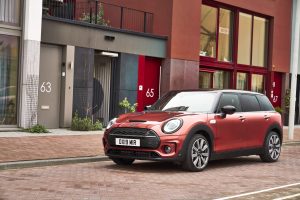 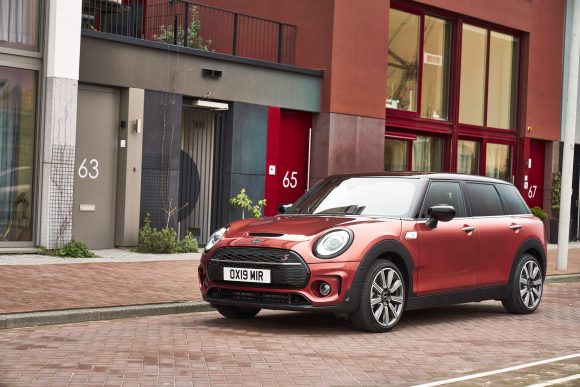 THE Mini Clubman has been given a facelift, with the revised family hatch making its debut at the Shanghai Motor Show.

The Clubman’s revamp is similar to the one applied to the Hatch last year, bringing with it some subtle styling tweaks, a refreshed grille and upgrades to the specification.

The biggest visual changes come in the form of new head and tail-lights. The front sees LED daytime running lights form an unbroken circle around the rim of the headlight, and buyers can specify high-end matrix LED lights capable of adapting their brightness. 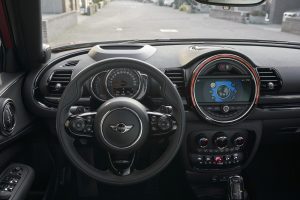 At the back, Mini has applied its divisive Union Jack motif to the tail-lights, although in a wide format rather than the upright units seen on the Hatch. They’re also an optional extra, rather than being fitted as standard.

Three engines are available – two petrols and a diesel. Cooper Models are fitted with a 134bhp 1.5-litre three-cylinder, while Cooper S models gain a 189bhp 2.0-litre four-cylinder. Cooper SDs use a 148bhp 2.0-litre four-cylinder diesel. All three engines come mated to a six-speed manual gearbox as standard, although seven-speed automatics are available. A sporting John Cooper Works model is on the way too.

Customers can also opt for a vast array of customisable touches thanks to the Mini Yours scheme, which lets buyers add 3D-printed accessories to their cars.

The updated Mini Clubman is on sale now, with prices starting from £21,200.