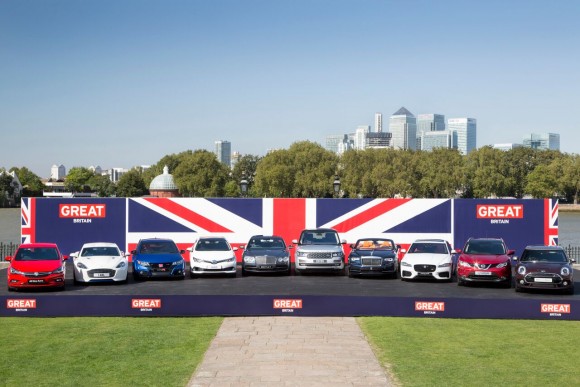 The Society of Motor Manufacturers and Traders (SMMT) is calling on Parliament to pass the draft UK-EU Trade and Cooperation Agreement (TCA), or ‘Brexit trade deal’.

Parliament is debating the trade deal today (Dec 30) with a vote expected in the early afternoon.

The SMMT is calling for the TCA to be immediately ratified but also for ‘phase-in period’ to allow for businesses to adapt to new trading rules from January 1.

It says the draft TCA delivers across several areas for UK automotive, chiefly on avoiding tariffs for most finished vehicles, parts and components.

The automotive trade body also welcomes the inclusion of ‘specific, albeit challenging, provisions on transitional phase-ins for both electrified vehicles and batteries’, it said in a statement.

The statement added: ‘However, the deal does not deliver some key asks, including diagonal cumulation with common trading partners such as Japan, Korea and Turkey, and technical barriers to trade – such as mutual recognition of type approval schemes and technical services – or formalising co-operation on the development of mutually beneficial regulations and standards after the end of transition.

‘Nor does it prevent increased administration and potential for friction at the border, as we leave the single market and customs union.’

The SMMT added: ‘With new customs requirements already being introduced, the commitment to simplify administration is much needed and we look forward to seeing a firm timeline for its implementation to reduce the overall burden.

‘Doing so will help minimise disruption at the border, vital when every minute of delay can cost the sector £50,000.’

The SMMT said it would be ‘of great relief’ the TCA could be in place ‘with the potential to unlock continued preferential access to key markets around the world’.

Mike Hawes, SMMT chief executive, said: ‘For automotive, Brexit has always been about damage limitation, and the draft Trade Cooperation Agreement, while no substitute for the completely free and frictionless trade with Europe we formerly enjoyed, will address immediate concerns.

‘The TCA provides the opportunity for tariff and quota-free trade, foundations on which the industry can build.

‘Even with immediate ratification, however, there will be just hours to adjust to new trading rules, so a phase-in period is critical to help businesses adapt.

‘All efforts should now be made to ensure its seamless implementation, with tariff-free trade fully accessible and effective for all from day one.

‘Further ahead, we must pursue the wider trade opportunities that Brexit is supposed to deliver while accelerating the UK’s transition to electrified vehicle manufacturing.

‘With the deal in place, government must double down on its commitment to a green industrial revolution, create an investment climate that delivers battery gigafactory capacity in the UK, supports supply chain transition and maintains free-flowing trade – all essential to the UK Automotive sector’s future success.’ 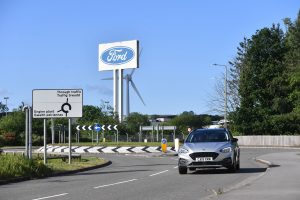 How the deal measures up

Tariffs & rules of origin, including phase-in

‘The tariff-free, quota-free trade industry has called for has been secured in principle,’ says Hawes. ‘However, the six-year phase-in period and special provisions for electrified vehicles and batteries now make it imperative that the UK secures at pace investment in battery gigafactories and electrified supply chains to create the world-leading battery production infrastructure to maintain our international competitiveness.’

‘The lack of solid commitments from either party on recognition of standards beyond UNECE and close regulatory cooperation in our sector is disappointing and we urge the UK and EU to commit to addressing these challenges once the TCA is ratified,’ says Hawes.

‘Businesses in the UK and EU alike will incur additional costs arising from a lack of mutual recognition of type approval or technical services, and we may face capacity issues and delays in testing and bringing new products to market.’

Hawes says: ‘Automotive just-in-time supply chains depend on frictionless trade. The commitment to simplify customs procedures is welcome as it will reduce time and costs for all – but with no detail or timeframe for implementing reform, immediate costs and friction are inevitable.

‘Suppliers and manufacturers on both sides will face a significant administrative challenge that will undermine productivity and increase operating costs. Customs facilitation must be accelerated to support growth for all.’

‘We believe the industry is better placed to succeed when it is free to move the best people at speed to wherever they can deliver the most significant impact,’ says Hawes.

‘New restrictions on freedom of movement will make this more challenging. While the TCA does include provisions that may ease some of the administration and costs that will be involved as the UK adopts a new points-based immigration policy, we await further guidance from Home Office as to its implementation.’

Hawes says: ‘Implementing the UK-EU TCA is now the sector’s priority not just for continuity of free trade between these two markets but also as a precursor to further agreements with key markets such as Turkey that are outside of the EU but part of its customs union.

‘Now “the main deal” is done, government must prioritise building on these trade relations and securing critical preferential arrangements with Mexico, and other global growth markets vital to the success of UK automotive and the wider economy.’ 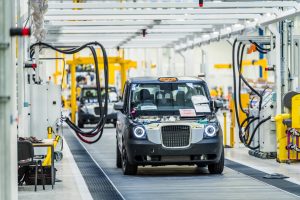 The UK automotive sector needs to see the following urgent measures and priorities taken forward to ensure the continued competitiveness of the sector following the agreement of the UK-EU TCA, says the SMMT:

Immediate ratification and implementation of the deal

Implementing the TCA and its Rules of Origin provisions for automotive, and ensuring its smooth functionality, is essential from day one. However, this is only one part of a complex equation to deliver future success for UK Automotive and the achievement of Net Zero ambitions.

With only days to adjust to new trading rules, it is imperative Government provides additional phase-ins for all administrative requirements and any new burdens placed upon businesses, in addition to grant funding and loans, and a supportive approach from UK agencies (e.g. HMRC, DVSA) for businesses adapting to meet new rules, standards and reporting targets.

The TCA must be complemented by coherent industrial and climate change policy with significant support to accelerate investment in battery manufacturing and supply chain adaptation to meet Rules of Origin requirements. In addition, consumer incentives for EV uptake and major infrastructure rollout (such as charging networks and electricity grid upgrades), workforce upskilling and a strategy that positions the UK as a leading competitive environment for investment in advanced manufacturing will be essential for future growth.

This will be an essential next step for future UK international trade, with a focus on international regulatory co-operation, minimising border disruption, and increasing customs collaboration – including both the EU-UK relationship and shared FTA partners.