Home > News > Comment: The Brexit trade deal and what it means for the UK automotive industry 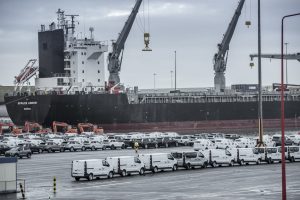 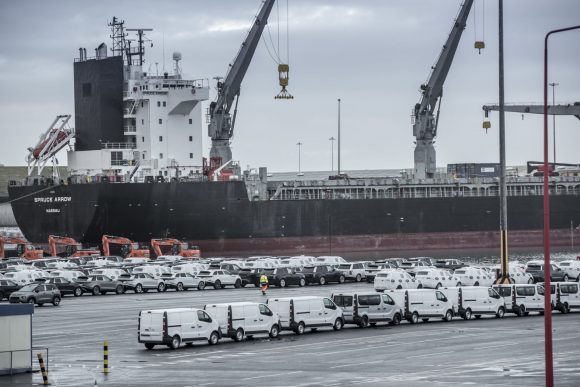 Comment: The Brexit trade deal and what it means for the UK automotive industry

That a trade deal has been agreed at the last minute between the UK and EU comes as a huge relief for manufacturing sectors like automotive, which would have faced 10 per cent tariffs on exports and imports in the event of no deal – an outcome widely viewed as potentially ‘devastating’ for the sector.

BMW for example recently stated that a no-trade deal scenario would push up costs by several hundred million euros, and that longer term it would look at where to make the Mini model.

It’s hoped that the deal now gives a green light to major investments in the UK that had been stalled amidst Brexit uncertainty, such as that by PSA in assembling the Vauxhall/Opel Astra at Ellesmere Port and Nissan starting Qashqai production in 2021 at Sunderland. If so, that’s genuinely good news in securing a new round of model assembly at two plants at least.

But – and this is a big but – this is still a thin deal with major implications and costs for automotive.

There are many ways in which UK manufacturing is deeply intertwined with the EU through complex supply chains. Even with the deal, Brexit will create additional costs for auto makers: think of tariffs, customs declarations, certification costs, audits to prove that rules of origin requirements are met, border delays disrupting just-in-time systems, EU customers switching to other suppliers, visa costs for EU workers, and so on.

And so despite prime minister Boris Johnson claiming that the deal ensures ‘no non-tariff barriers’, this is clearly not the case. In fact, non-tariff barriers will be quite substantial. Various estimates have put the cost of completing customs declarations alone at around £15bn for the UK economy as a whole, for example. And that’s before we get to complying with rules of origin.

Even with the deal, automotive firms will want clarity on a range of areas like data flows and the timescale for setting up UK regulatory agencies to take over work from their EU counterparts and so on. On data flows there is a temporary six-month agreement to keep the current rules in place for six months until a new ‘adequacy decision’ is sorted.

Some of the final sticking points in getting a deal over the line were over rules of origin in the auto sector and on batteries for electric vehicles in particular. On this there is good news in that there is full bilateral cumulation, allowing UK and EU parts to count towards local content rules in enabling goods like cars to avoid tariffs.

Although the UK’s ask for diagonal cumulation with third countries like Japan, China and Turkey was rejected by the EU, what’s been agreed will be enough for most car makers in the UK to avoid tariffs unless they are importing lots of high value components from, say, Japan.

Interestingly the UK government summary document refers to ‘modern and appropriate rules of origin’ – what this actually means is not clear at this point. What it may imply is more flexibility over how such rules are applied.

One element of flexibility appears to come with the self-certification of rules of origin (according to the EU summary document). Here it appears that assemblers will need to collect and maintain information on the origins of components, but this appears to give assemblers some time to set up systems to collate this information.

The same EU document refers to ‘specific facilitation arrangements’ for automotive. The UK government summary document also points to ‘predictable and low-cost administrative arrangements for proving origin’. All in all, the auto industry will be keen to see what this means for them and whether there will be a grace period.

The UK government summary document highlights that the rules of origin agreed for batteries and electric vehicles ‘will ensure that UK-made electric vehicles are eligible for preferential tariff rates’. I am guessing that this refers to the six year phase-in of the requirement for electric cars (and hybrids?) to have a maximum of 45 per cent content from outside Europe, reducing over time, from 60 per cent to 55, then 45. The UK had asked for 70 per cent, so this is a compromise. This could still be tight for some manufacturers when it comes to batteries or high value hybrid systems from outside the EU.

Toyota, for example, might struggle to qualify its UK assembled hybrids for tariff free export to the EU – although it has time to increase local content, such as via its UK engine plant. However, we don’t actually have figures on local content as they were – of course – not needed when the UK was in the single market.

What the deal means is that by 2027, there has to be 55 per cent local content even for battery electric vehicles for these to qualify for tariff free trade between the two. This will pose a particular challenge for UK auto and industrial policy. The UK is lagging behind EU countries in attracting investment in battery making capacity and without a major effort to reorientate the auto supply change, UK car assembly will be increasingly dependent on imported components from the EU to meet rules of origin rules going forward.

Overall, UK automotive will welcome the deal in as far as it goes – after all this deal really is better than no deal for the sector. There will be extra costs for the industry in terms of non-tariff barriers but things could have been much worse. Much will depend on the degree of flexibility allowed and the degree of phasing in. The devil will be in the detail but on first inspection the deal will be welcomed by automotive manufacturers.

David Bailey works at the Birmingham Business School and is a senior fellow at the ESRC’s UK in a Changing Europe programme.

What a Christmas present: Car industry leaders’ delight as a Brexit deal is finally done