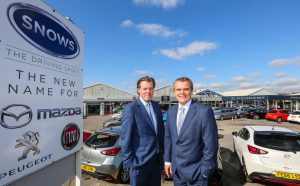 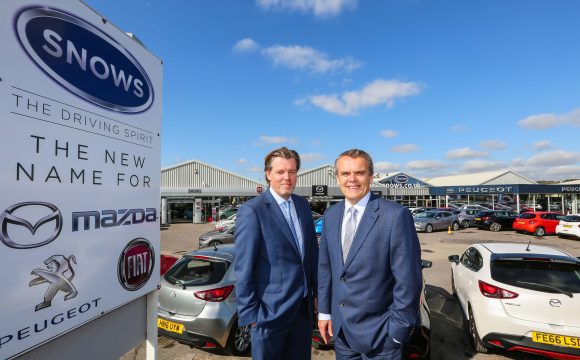 SNOWS Motor Group has bought Perrys’ single-site dealership in Portsmouth and added to the marques being sold there.

The showroom in Walton Road, Farlington, which represented Fiat, Mazda and Peugeot, was bought for an undisclosed sum by the independent outfit, with Abarth – the performance hatch arm of the Fiat marque – being brought to the rebranded site.

Snows group chairman Stephen Snow said: ‘This is another strategic acquisition for the business, further strengthening our offering to discerning customers in the Portsmouth region and creating economies of scale in a highly competitive market.

‘We already represent Fiat in Southampton, the Isle of Wight and Sarisbury Green, and it’s great to be able to do the same in the great city of Portsmouth. 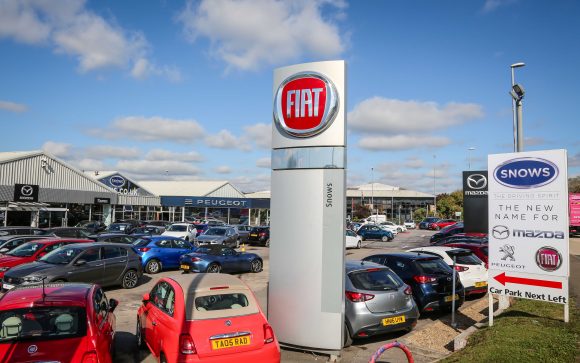 The former Portsmouth Perrys site, which has been bought by Snows and rebranded

‘Furthermore, we’re able to fly the Peugeot flag here as well, dovetailing with our other Peugeot dealerships in Basingstoke, Chichester, Newbury and Romsey.’

He added: ‘We’ve always wanted to expand our trading operations in Portsmouth, where we already successfully operate BMW, Mini, Seat and Toyota dealerships, and the ideal opportunity came through the long-established and well-respected Perrys Group.’

Neil McCue, group board director at Snows, said: ‘The addition of this business to the group on October 1 further demonstrates the ongoing strength of our partnership with these manufacturers with whom we have enjoyed success.

‘We warmly welcome Perrys staff to Snows and look forward to meeting customers at our new site in Farlington. The acquisition makes us Portsmouth’s largest dealer group.’

It employs more than 835 people and has a turnover of more than £310 million. Headquartered in Southampton, it boasts a total of 49 franchised dealerships plus 11 specialist used vehicle outlets.

Pictured at top are Neil McCue, left, and Stephen Snow