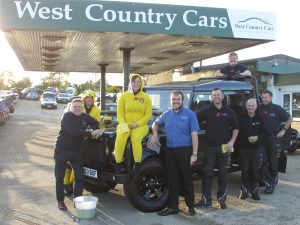 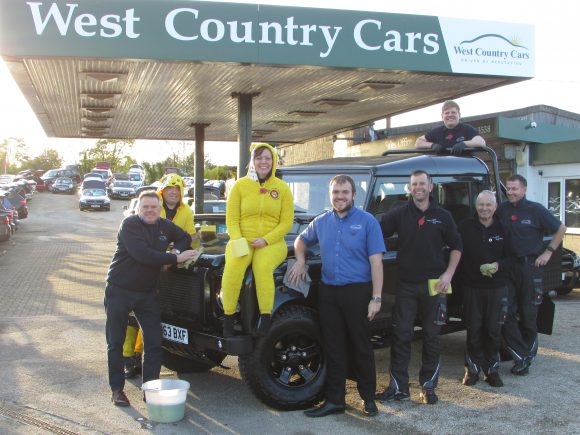 FOLLOWING the success of the last four years, West Country Cars is holding its annual charity car wash in aid of Children in Need and a Somerset hospice on November 16.

The event is being held at Barrows Hill Garage in East Chinnock. The garage is on the A30 between Crewkerne and Yeovil and the event will take place from 9.30am to 4pm.

Last year, just under £4,500 was raised with the total split between The Lily Foundation and Children in Need.

This year’s event will once again feature a pop-up cafe offering bacon sandwiches to all customers having their cars washed as well as any passing drivers.

Supporting the event in any way will mean even more money donated to charity afterwards.

The hospice that will benefit is St Margaret’s – a cause close to many people’s hearts in Somerset. It has two hospice sites, one in Yeovil and one in Taunton, as well as five community-based teams caring for patients in their homes.

Alongside the car washing and the cafe, West Country Cars will have a cake stand selling delicious home-made cakes. Tea and coffee will be available and there will be a fantastic raffle, for which some great prizes have already been donated.

West Country Cars is the south-west’s premier used car dealer in the heart of Somerset. The business stocks an extensive range of vehicles from superminis to luxury 4x4s and everything in between. Do join them for their charity car wash on November 16!

MORE: Want to be a car dealer? We have just the thing for you!