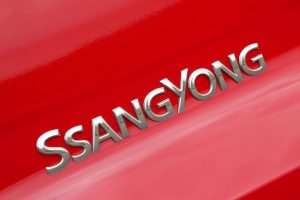 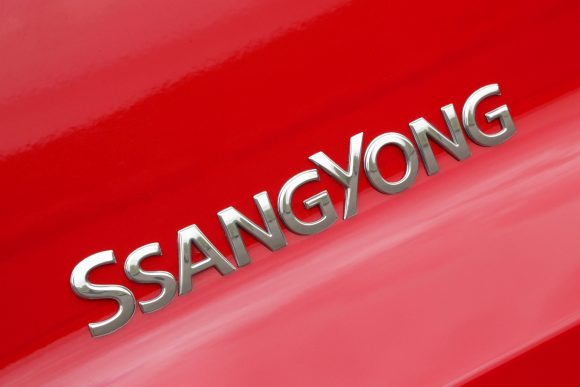 SsangYong Motor UK made just over half a million pounds in pre-tax profit last year – the first time it’s been in the black since 2015.

The withdrawal of Mitsubishi from the UK market had helped its growth, said the company, with 20 of Mitsubishi’s retailers switching to its brand.

Meanwhile, the average number of employees fell from 43 to 28. The brunt of the loss was felt in vehicle preparation, which lost all eight of its people.

Administration went down by nearly half as seven of its 15 people went, while aftersales shed two members of staff. However, marketing and sales both gained a person each.

SsangYong Motor UK’s parent company, the Gibraltar-based distributor Bassadone Automotive Group, said it continued to stay committed to developing the South Korean brand in the UK in the long term

In the accompanying report, signed by director Kevin Griffin, the board said: ‘The fact that this major milestone for the business has been achieved during a year when vehicle supply from the SsangYong factory in Korea has been restricted all year has been particularly pleasing.’

The directors said the previous year had ended with dealer vehicle stocks being at an all-time low, with restricted supply meaning they stayed low for the first half of 2021.

But demand for its products allied with the sporadic supply caused by SsangYong in South Korea falling into receivership meant all vehicles that were produced were allocated and sold in advance to dealers, with those vehicles often sold by dealers to customers before the vehicles actually arrived in the UK.

That, said SsangYong Motor UK, meant all available new vehicle stock had been sold each month from June 2021 and into this year.

The report also told how the planned sale of SsangYong Motor Company in South Korea to a consortium led by Edison Motors had fallen through, partly as a result of Edison only paying 10 per cent of the agreed $254.65m (£202.18m) purchase price and failing to pay the rest.

There had also been ‘increasingly strained relations’ with the electric car maker.

However, three potential purchasers had already shown an interest in buying SsangYong, including chemicals conglomerate KG Group, and the KG Consortium has now been chosen, with the sale expected to go through by August.

Meanwhile, SsangYong is to continue to make vehicles and supply spares, with production capacity for the Rexton and Musso doubled from July 2022 when the second production shift is restored.

Looking ahead, SsangYong Motor UK said it was ‘very optimistic that the KG Consortium will bring fresh eyes…and will herald a promising future for the brand’.

The full launch of the Korando e-Motion has been delayed to later this year because of ‘production limitations’ but SsangYong Motor UK said it was looking forward to it as well as expanding SsangYong’s EV offering.