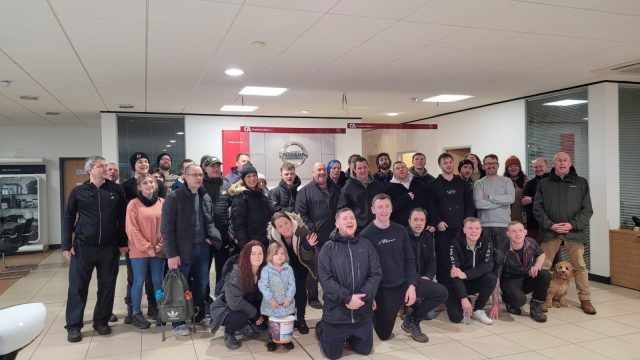 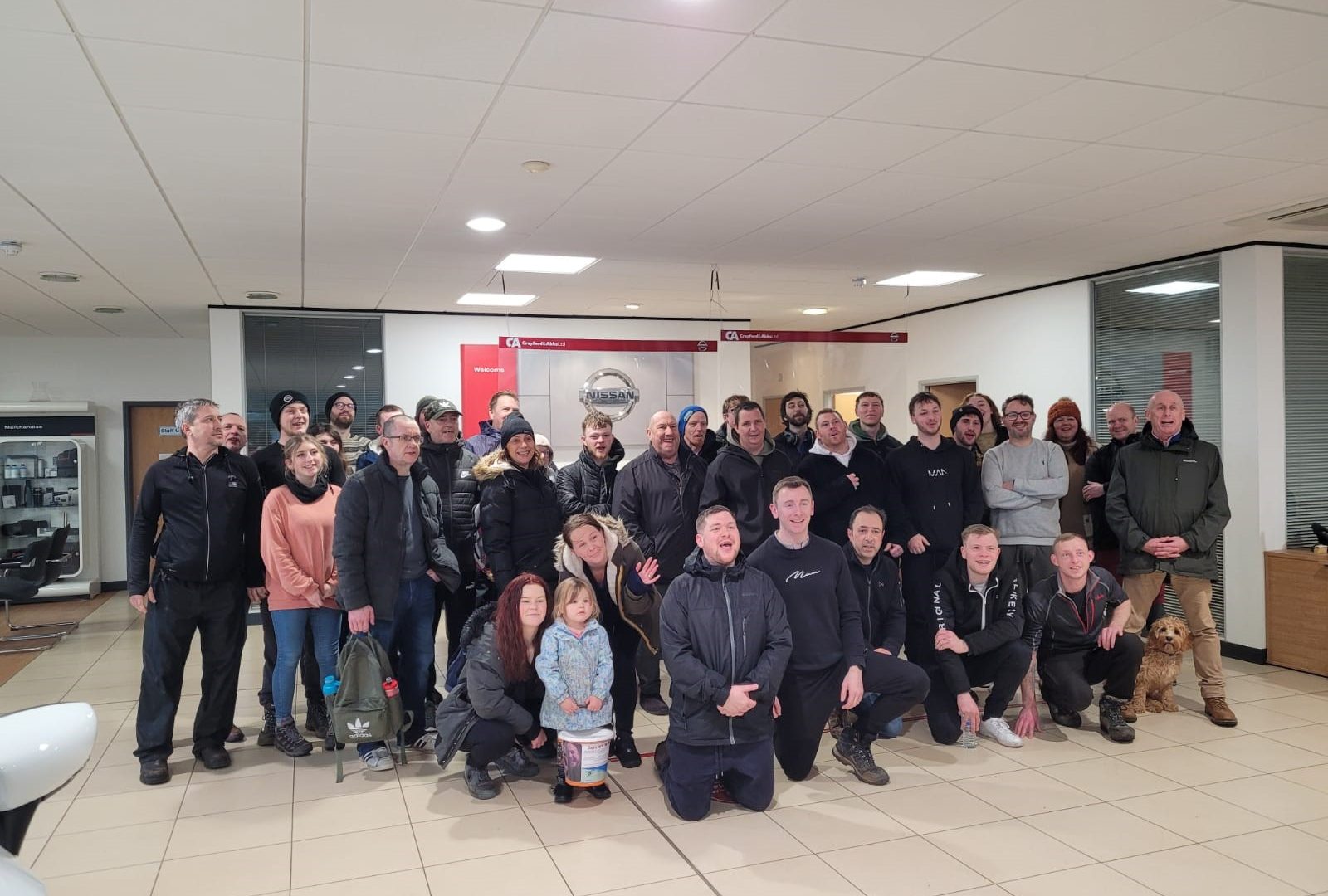 Staff at a Nissan dealership in Norfolk have paid tribute to a colleague who unexpectedly died by completing a charity hike in his memory.

Jamie Crow-Mains, a valeter with dealer group Crayford & Abbs, passed away of natural causes without warning on New Year’s Day.

He had worked for the company for five years and the news rocked his colleagues, who wanted to do something to help his family.

As a result, employees decided to organise a 16-mile walk to raise money for his partner Emma Lambert plus his children and step-children.

The route took family, friends and colleagues from Crayford & Abbs’ garage in the village of Mundesley to its Nissan dealership in Bodham.

With a coastal route having been mapped out, strong winds on the day made the hike something of a challenge.

An impressive total of £8,150 was collected in sponsorship and donations.

Kevin Abbs, Crayford & Abbs managing director, said: ‘The news of Jamie’s untimely death came as a huge shock to us all, as you can imagine, and we wanted to do something in his memory.

‘Our coastal walk seemed like an appropriate way to pay tribute to a respected and much-loved colleague, as well as provide support for his family.

‘We set off from our Mundesley branch shortly after 9am and arrived at Bodham about five hours later as a group of over 30. Thanks to the coach company Sanders of North Norfolk, who provided transport free of charge.

‘The day was filled with motivation and great memories and we were delighted to have raised more than £8,000.’