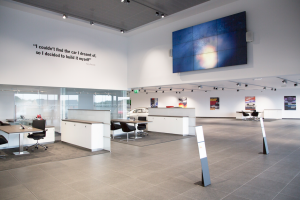 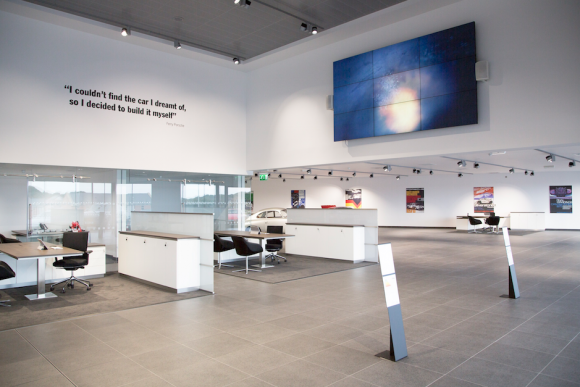 A NEW, custom-built Porsche Centre has been opened by Peter Vardy in Aberdeen.

The centre offers guests a state-of-the art experience where they are able to fully customise their new Porsches while relaxing in a stylish customer lounge, complete with full internet access, privacy booths and a bespoke customer bar area.

Vardy said: ‘This is a stunning space which reflects the hard work and passion of the architects, builders and the Peter Vardy team. We couldn’t find a dealership good enough for this brand, so we built our own. I only hope it would make Ferry Porsche proud.’

The £6 million project has created additional jobs in the area, both short and long term, with additional sales, aftersales and support staff taken on to manage the operation.

This is one of four major build projects the Vardy business has brought to the Aberdeen area, including a brand new Jaguar Land Rover dealership due in late 2016, and the recently completed Vauxhall showroom on Lang Stracht, situated next to the newly-built factory and showroom for the social enterprise business GlenCraft.

Over the next 18 months, Peter Vardy Limited will have invested over £30 million in build projects and new dealerships, creating more than 150 long term jobs and over 500 short term jobs.

The business is the fastest growing motor retail group in Scotland, employing over 765 people.

On SuperUnleaded.com: Why You Don’t Drive Your Pagani Huayra Onto A Beach