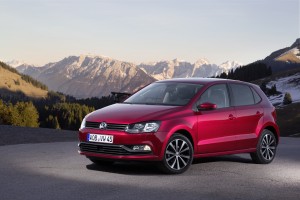 OCTOBER saw strong growth in the European new car market, with sales up by seven per cent compared to the same period last year.

Progress was again driven by higher demand in Europe’s big five markets with sales in Spain up 31.1 per cent year-on-year, according to the latest analysis from JATO Dynamics, the automotive intelligence specialists.

Four of the ‘big five’ European car markets registered growth in October, making a significant contribution to the strong overall growth seen during the month. This was the highest rate of overall growth in the European market since March of this year.

October was a strong month for new car sales right across Europe, as 24 out of the 29 countries included in the analysis increased their sales compared to the same month last year. The countries that have recently suffered prolonged economic downturns continued their return to growth, with Ireland (+29.8 per cent) and Greece (+21.5 per cent) both showing impressive signs of recovery.

Other medium-sized markets also continued to perform well, with significant year-to-date gains for Sweden (+14.9 per cent), the Czech Republic (+17.5 per cent) and Hungary (+20.4 per cent).

MORE: Bristol Audi serves up a treat for new TT