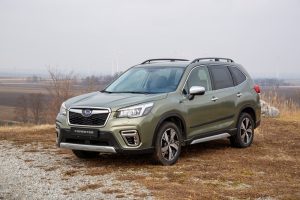 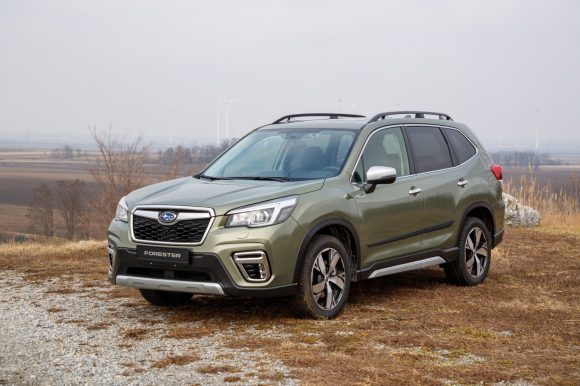 Subaru: We’ve not performed well lately – but our cars aren’t the problem

SUBARU must distance itself from its rallying days to fulfil its ambition of becoming the fastest-growing car manufacturer in the UK.

That’s according to Torbjörn Lillrud, automotive development director at the IM Group – the firm responsible for importing Subaru and Isuzu models to the UK.

Lillrud was speaking at the launch of two new SUVs – the XV e-Boxer and the all-new Forester e-Boxer, which usher electrified models into Subaru’s UK line-up.

He said: ‘We have not performed well recently. We almost don’t exist in the UK, but the cars are not the problem as to why we’re underperforming.’

While Subaru has never been a chart-topping brand in the UK, sales have largely remained stagnant – the firm registering 3,242 cars in 2018, with a market share of just 0.1 per cent.

But Lillrud is looking to change that and has ambitions for the brand to become the UK’s fastest growing automotive company in the UK – targeting a volume of 10,000 by 2022.

A key way this will be achieved is through a ‘new UK brand platform’, which will see the firm trying to distance itself from WRX and rallying models.

Lillrud explained: ‘We wanted WRX so much in the UK, and we held onto it for too long. Subaru is not about that kind of thing anymore – no more rallying. Other markets have already understood that.’

Instead, Subaru’s new traits are safety, reliability and capability – things it looks to achieve through a new line-up of models. This started in 2018 with the new XV and Impreza, and was boosted in 2019 with a revised Levorg estate and the aforementioned XV e-Boxer and new Forester e-Boxer.

The coming years will also see an Impreza e-Boxer debut, along with a brand-new Outback and then an all-new EV, which will be built in collaboration with Toyota.

Lillrud also explained his ambition to have Subaru as the number-one firm for employee, dealer and customer satisfaction.

The firm is also rolling out a number of initiatives in a bid to boost sales. These have included customer previews of the new e-Boxer models, months ahead of when the cars are on sale and even before the media have carried out first drives. This is something Lillrud says has ‘never happened before’ at Subaru.

It’s clearly worked as the brand has said it has already sold 1,000 e-Boxer models, even before the first deliveries start in November.

MORE: Hundreds of jobs to go at Pendragon

MORE: Modix and LivePerson team up in live chat agreement